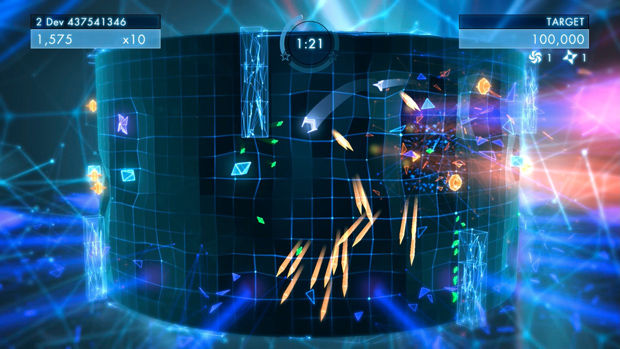 On Xbox, PlayStation, and Steam

I didn’t want to stop playing Geometry Wars 3: Dimensions at PAX Prime. Part of that was due to the years-long gap since the last one released, admittedly, but more importantly the game ended up being a lot of fun. There’s nothing quite like Geometry Wars when you’re in the zone.

Activision has confirmed Dimensions will be out for PlayStation 3, PS4, and PC on November 25, and Xbox 360 and Xbox One a day later, priced at $14.99. About what you’d expect.

There hasn’t been too much in the way of footage so far, which is strange and would be worrying had I not been able to try the game and confirm for myself that “Yeah, it’s pretty good.” Guess there’s still time for a last-minute promotional push out of Activision.