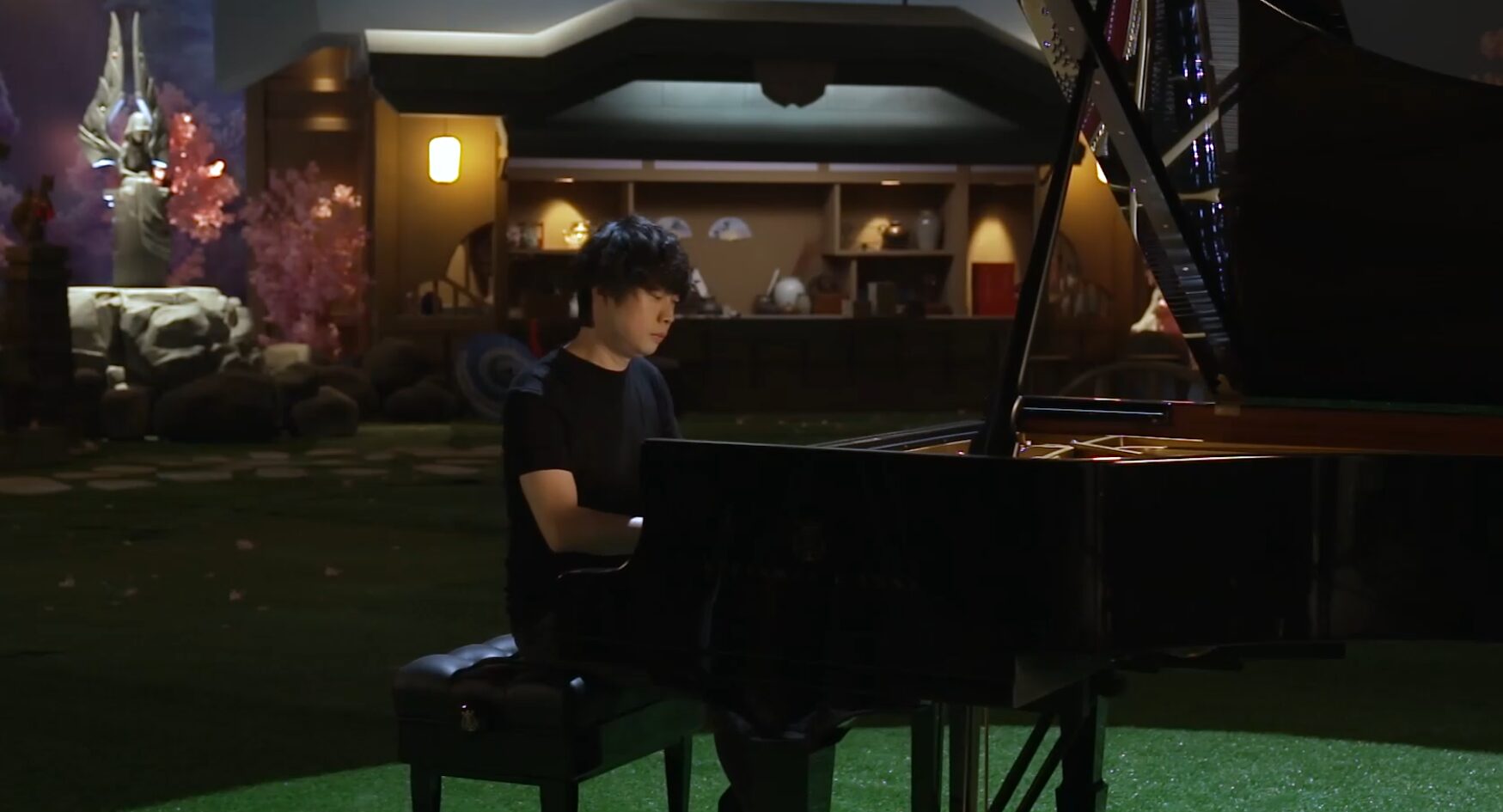 The Genshin Impact “2.0” stream doesn’t need quotes anymore, as it was fully confirmed this morning on Twitch. After opening up with a lovely piano medley that took place in a live recreation of an area from the game, Dawei opened the stream and teased what it had in store. Inazuma was reconfirmed and the update was titled “2.0,” and we got to see the region in the stream. Here’s a Genshin Impact stream recap.

The update is called “The Immovable God and the Eternal Euthymia,” and will arrive with “Act II: Stillness, Sublimation of Shadow” at the same time on July 21.

We also got a look at the characters of Kamisato Ayaka, Yoimiya, and Sayu. These were teased recently. And we got a look at Yae in-game.

Inazuma was shown in detail

During the stream the miHoYo development team shared why they can work on the game so quickly: with a big focus on the communication process and an open office style concept. A developer explains that the designers researched real fighting styles for Tartaglia’s animations, and were able to quickly solve issues like cape clipping with the animation team.

The Inazuma region was a “challenge” because of the pacing of the release of the old regions; in the sense that the team wanted people to fully explore the old ones first. Then they needed to create a clear theme for Inazuma, which centers around Electro, and has a completely different vibe than the ones before it. Learning from the past, the team comments: “we’ve abandoned some of the challenges that require players to use certain characters.” Yes!

The new big theme is Electro

Next in the Genshin Impact 2.0 stream was a reminder that the “Taste of Summer” fan art contest is underway, followed by a segment on the game’s lore from head writer Xiao Luohao in a real tea room inspired by the game.

They tease the Komore Teahouse, an invite-only exclusive location with an alleged curse forcing you to work there forever: highlighting the “urban legends” aspect of the region. Inazuma will feature distinctive Electro-styled collectibles too with its plant life. 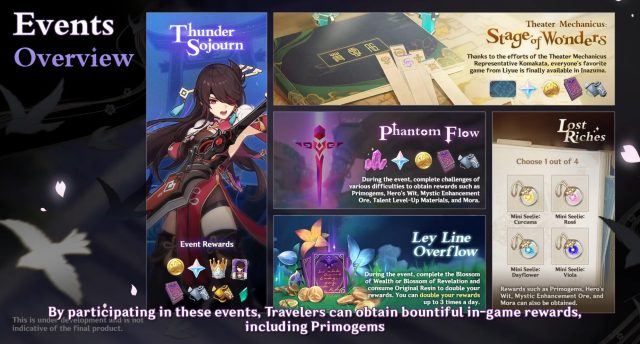 We got a look at the roadmap

Near the end of the stream we got a vague roadmap of events coming to the Inazuma region, as well as the farming/plant system.

There will be a five star weapon banner forgiveness system of sorts: where you can choose your weapon after a specific amount of pulls.

PlayStation accounts and miHoYo accounts can also be linked following the release of the update! Yes, that means cross-progression for PC, mobile, PS4, and PS5.

Wrapping up our Genshin Impact stream recap, a full video encore will be provided at 12PM ET on the game’s YouTube channel. Or, you can check out the game’s official Twitter account for a few clips.

Or this shorter trailer here:

Get your bonuses before they go away

Oh, and there’s a “limited time redemption code” that was given out during the stream. Make sure you enter it! In text form, the code is: AS6BQKLY9GLD. 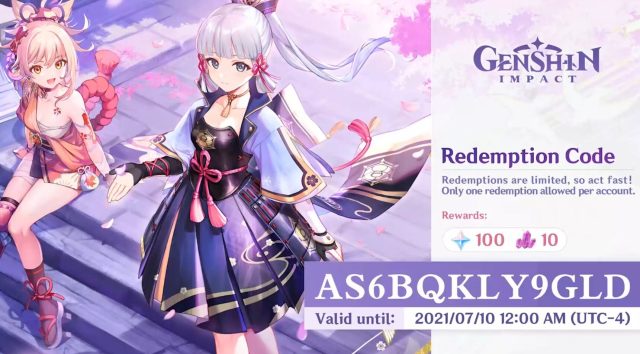 And another one! This one is GBNA9J5H9Y4H.

And another! This one is LS6T4L9ZZ7Th.