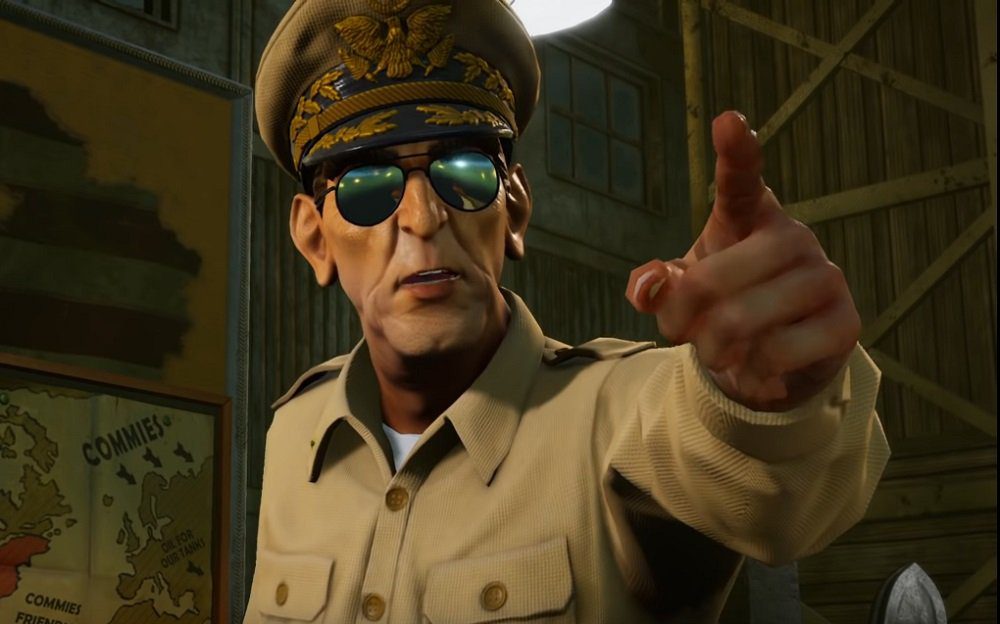 A million to one, they said

After gaining access to one of the army’s biggest basses via his nifty cloaking and cloning devices, Crypto puts in an appearance at a top-level meeting with the war-hungry General Armquist, before laying waste to all and sundry in his own inimitable way. Crypto also finds himself all at sea on a huge ocean line, and taking on towering mech boss battles as his one-alien war against humanity continues. We deserve it, frankly.

Developed from the ground up by Black Forest Games, Destroy All Humans! features all of the cow-zapping chaos of the classic 2005 release, spruced up with a visual overhaul, a new engine, and the restoration of some content cut from the original release. As I’ve noted before, I think the old-school gameplay of Destroy All Humans! will most definitely have dated, but I’m still expecting some fun to be had with its shamelessly destructive action.