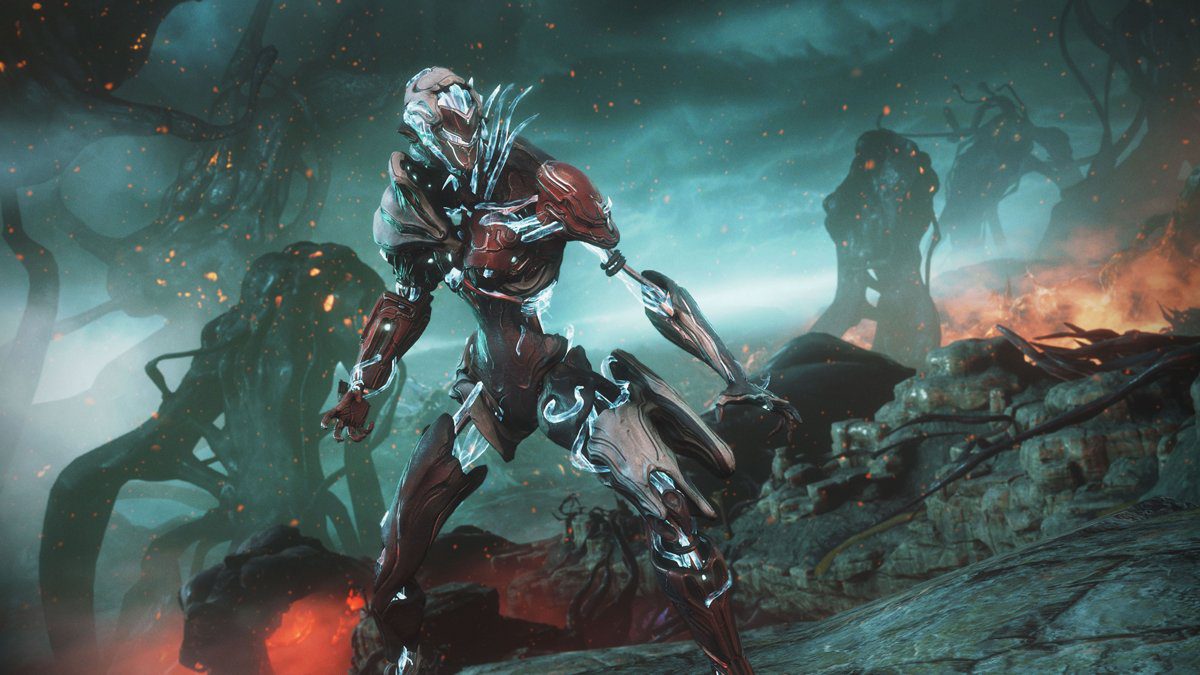 Earlier this year, Digital Extremes asked Tenno around the world to submit their ideas for a new Warframe in the fantastically popular free-to-play looter shooter. Plenty of ideas were submitted, but the most popular entry by far was from a user named ‘eaterofstorms” who pushed the idea of a Broken Warframe, one that is, “obviously not put together correctly and it’s pretty much the epitome of making a bug a feature.”

An absolutely dope idea that finally has a dope design. Say hello to Xaku, a gender-neutral Warframe coming to the game with the launch of the Heart of Deimos.

What started as broken, now bound with relentless power.

That is an incredible design that came together quite quickly given everything happening in 2020. Xaku is constructed from fallen Warframes that fell victim to the Void. Xaku’s four Abilities were also decided by the community and pull their power from the Void itself. Its signature weapons is the equally dope-looking Broken Warfan.

Xaku will be available in Warframe on all platforms alongside the Heart of Deimos update on August 25.