Oh yes, it’s time for another edition of Geek Chic where we look at gaming related fashion.

This Monster Hunter jacket is ridiculously hot. With that said though, I’ll never be caught wearing this thing. It reminds me of those horrible Wolf Moon shirts for some odd reason. Plus, I’m pretty sure something like this costs a lot. I’m not sure though as I can’t read Dengeki. Dengeki is also showing off some Monster Hunter themed mugs and little figurines. [Thanks, Eva!]

There’s more Geek Chic to be had! Hit the break to check out a few new shirts and some gaming themed shoes too.

Two new awesome gaming shirts are up on SplitReason. One is this Mega Man shirt that was made by the same guy who made our Destructoid Rampage shirt. Poor Mega Man. He can’t even play his own game!

The other shirt is this Bomberman goes shopping shirt. Really clever and cute! Both are on sale for $19. 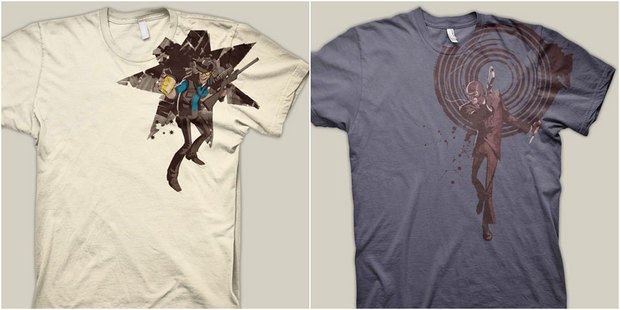 The Valve store got two new shirts last week. One is of the Sniper with his jar of pee and the other is of the Spy being the badass that he is. The shirts are on sale for $20 a pop. [Via Offworld] 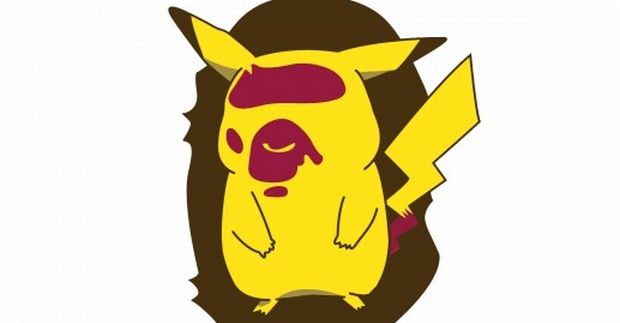 Here’s something that’s just completely weird. Japanese brand A Bathing Ape is designing Pokemon shirts. This is the results. Yeah, I don’t know what’s going on either. [Via GoNintendo]

Our last Geek Chic item of the week are these gaming themed shoes from Brassmonki. Check out the Sonic, Street Fighter IV and Mario themed kicks.

Anyone planning on picking up these items?