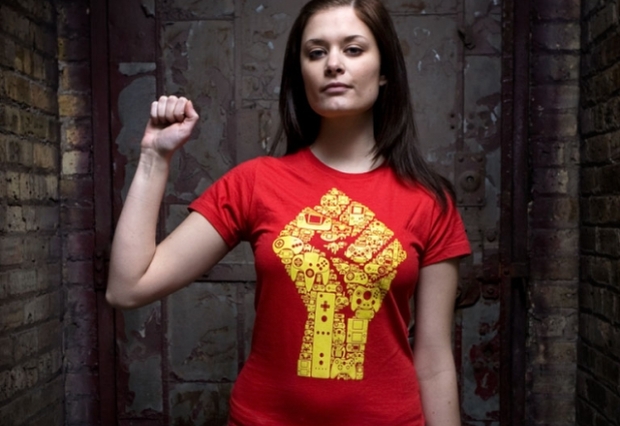 Three new gaming shirts are out this week and just like last week, Threadless wins with the best design again. The Gaming Revolution shirt was created by Sean Mort and appears to have almost every videogame controller and handheld ever made on it forming a fist.

Fight the power, just not the electrical power because you’ll need that to play your games. Yeah … I just facepalmed myself for that extremely corny joke.

Two more shirts after the jump.

Over on Offworld, they spotted this shirt that shows the insides of the Wii. It’s called WiiXploded and it’s going for just $17. There’s also a hoodie version availble.

Over on SplitReason, they have this Super Mario related shirt that actually went up last week and I just now spotted. It’s clever, but if you have to explain the joke on the shirt, well, then it’s not really that funny.

There’s also this fantastic Ahab vs Moby Dick shirt on SplitReason, which is also videogame related. It might be old, but it’s too awesome not to mention.