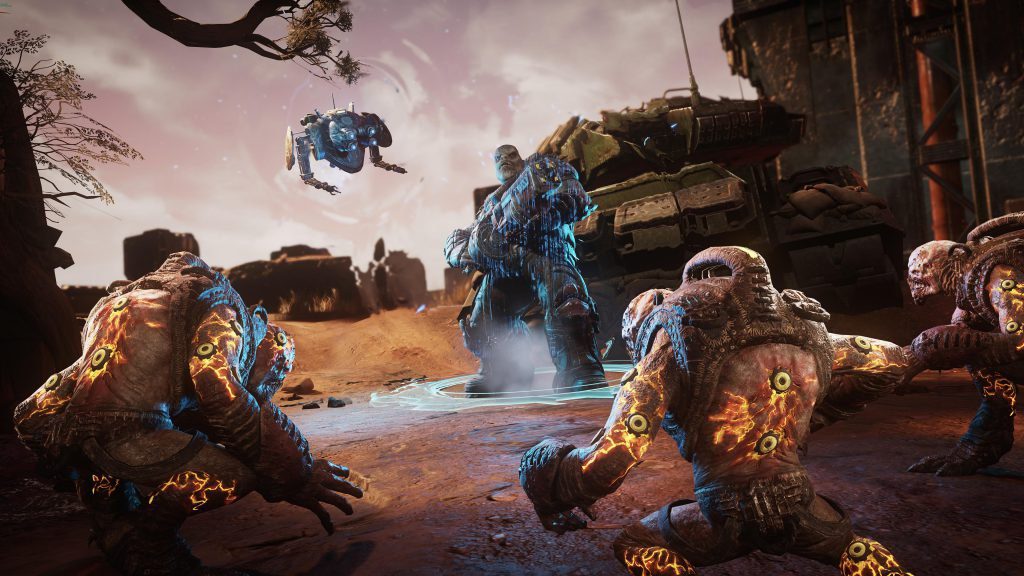 Add some Supreme loot to your arsenal

The fight is about to get a lot feistier. Gears Tactics is coming to consoles on November 10, that much we already knew. That’s when Splash Damages’ surprisingly good Gears strategy game gets its first major content update.

There are a few different talking points regarding the November 10 update, but the eye-catcher is the introduction of Jack the robot as a playable character. Jack isn’t some repurposed unit jammed into another class either. He’s his own class and he’s equipped with more than 20 new skills. Jack’s most notable ability is hijacking and controlling Locust units.

Jack has been a Gears mainstay but this is only the second time he’ll be playable. In Gears 5, Jack was a third co-op option that offered a lighter and lower-stakes alternative to the usual COG characters. Gears Tactics looks as though it uses Jack’s model from Gears 5, but Tactics took place more than a decade before the original Gears of War. Jack was iterated upon several times over the course of the series. If you want to get knee-deep in the lore, you can try to figure out which one is Tactics Jack.

The endgame also gets a significant shakeup as Splash Damage has added a higher tier of loot beyond Legendary. Now there’s a “Supreme” tier of equipment which should add a lot more incentive to grind through the post-campaign Vanguard missions. The current system grew stale relatively quickly because it didn’t long to build up a stable of Legendary items.

Of course, you don’t just get better loot without a bigger threat. There’s a new Deviant enemy modifier that gives the Locust “special abilities that will defy the players’ strategies.” It’s unclear if Deviant types will show up during the campaign, only in the endgame, or only within special game modes like Ironman.

All of this comes to PC, Xbox One, and Xbox Series X on November 10 alongside the console launch. The update will be free on all platforms.