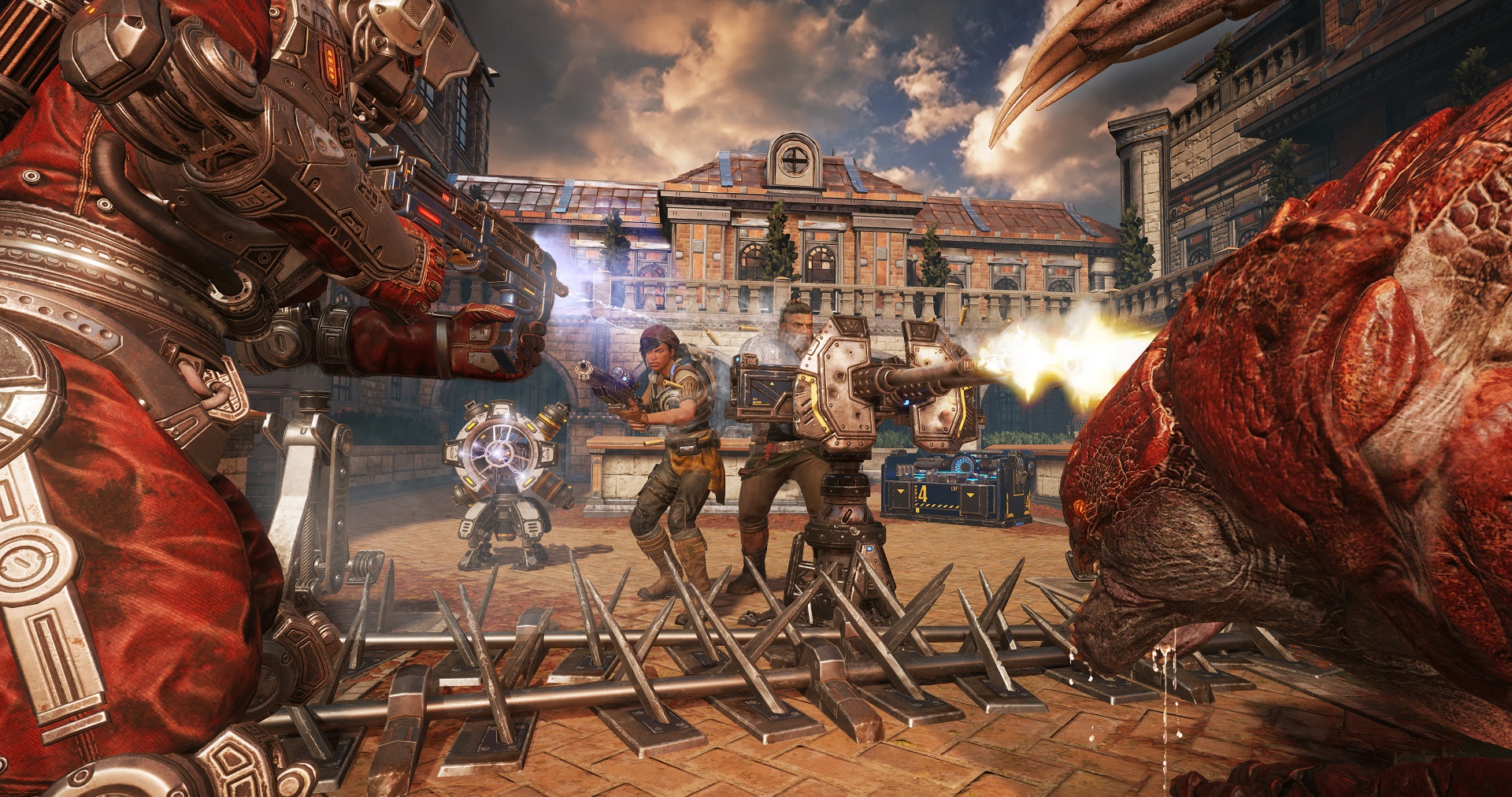 When it comes to Gears of War, all the variation is in the weapons. Each character operates the exact same, it’s just the armaments that change gameplay. Someone toting a Boomshot is going to maneuver very differently than someone sporting a Gnasher. This is pretty standard stuff for online shooters.

Gears of War‘s third take on Horde mode does away with that. Sort of. This is a class-based affair: Five types of soldiers, each with their own functions, but also all very much like the same characters the franchise has always put at the forefront. Still, it’s an earnest enough attempt to differentiate.

The classes are Soldier, Scout, Sniper, Heavy, and Engineer. Soldiers are your standard-fare Gears of War warrior. Scouts move quickly but presumably have less health. Snipers snipe. Heavies come equipped with power weapons. Engineers, well, they make the other four classes worth having around.

Prior iterations on Horde encouraged the entire team to hole up in one particularly safe spot and hunker down as long as possible. Horde 3.0 inverts this idea. The Fabricator requires power so that the Engineer can make weapons, and every enemy killed drops some power on the battlefield. This element creates a dynamic where players want to nab power icons and return them to the Fabricator, but only when it’s safe to do so. By the time we got to round eight, it was rarely safe.

There’s a bit of leeway built into that system too, though. Dead COGs return at the end of a successfully completed wave. But, if another player can recover their dogtags and return them to the Fabricator, they can buy the dead teammate back for a cost that increases with every revival.

Given how important the Fabricator is, it’s easy to see why the Engineer is the most vital class. And, the Engineer’s value to the squad means that all the other classes act somewhat subservient in the interest of surviving as long as possible. It seems a foregone conclusion that proper team behavior dictates that the Scout will scurry around picking up power and that a Heavy will guard the Engineer. That’s how I see it after just 10 rounds.

Gears of War, for as much dumb action as it has given us over the past 10 years, isn’t a game that many people have to think too hard about. Just shoot until there are no more things shooting at you. Horde 3.0 asks more of the player. There are decisions to make and duties to fulfill. Sometimes reckless firing isn’t what’s best for the team. If nothing else, this is the first time a Gears of War game can honestly make that claim.

Filed under... #Gears of War#PAX#The Coalition