Making a real push for story and gameplay refinement

I love Gears of War. Like many earlier adopters of the Xbox 360 (I have and love a PS3 too so don’t hate), Gears of War was that first big game that made me very comfortable with my system choice. With roughly a year and half separating Gears of War: Judgment and Gears of War 3 though, I’ll admit that I was firmly in that camp of Gears fans who really didn’t see Judgment as necessary, and my hands on with the free for all mode at the last PAX Prime certainly wasn’t winning me over.

Having spent the better part of a day with Judgment though, I am definitely warming up to it. Sure, it’s not Gears of War 4 proper, but if you fancy yourself a Gears fan, then there’s no reason to not open up to this one.

Gears of War has been known more for its scale rather than its narrative; nearly nonsensical in the first, melodramatic in the second, but not half bad in the third. Epic is making a concerted effort with Judgment to change that, bringing in Rob Auten, a former Hollywood editor, and Tom Bissell, a former war correspondent.

The duo had actually met prior to their work on Judgment, working together in 2009 on a yet to be announced/possibly defunct game. For a universe as big as Gears, with the games, comics, and the rest of the expanded universe, it can be a bit of a minefield for new writers adding new stories to such an established lore. 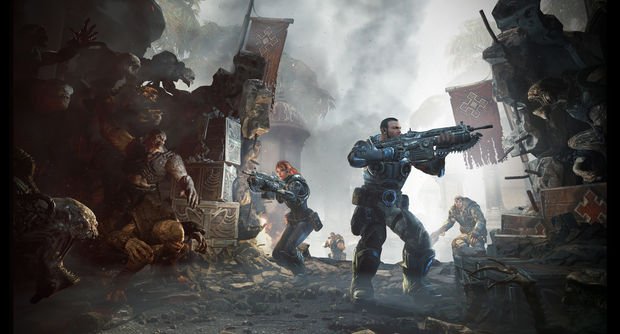 “In a weird way we actually wanted to take things back,” Auten told me. “Gears has always been about guys and girls saving the world, three times now. So how about we just save a city, almost like a western. Bad guy comes into town, good guys go kill the bad guy. Plus what’s adding to this is that we already know in Gears lore that the city is going to be destroyed. So it adds this nice bitter aftertaste to the heroic actions in our game which we get to explore in Aftermath.”

A side story unlocked after completing Judgments campaign, Aftermath follows Baird and Cole after they separate from Marcus and Dom during the events of Gears of War 3. Over the course of both campaigns, you will get to see how both stories talk to each other even though they take place many years apart. I got to see this mostly in the character Paduk, who’s part of Kilo squad, and also makes an appearance early in the Aftermath story. 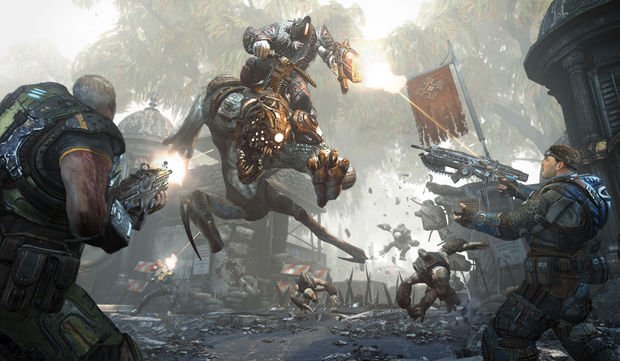 In terms of gameplay, Aftermath gets to shine from Judgments subtle tweaks. Movement speed is raised just slightly, weapons now have a quick swap button on Y, and grenades can be quick tossed with LB, or you can hold it for the traditional arc. Aftermath is essentially a lovely little taste of Gears of War 3, but with the finer amenities of Judgment, and so far my most compelling reason to get this game.

This is still a Gears game mind you, so the majority of your attention is still focused on shooting Locust in the face in as fun a way as possible. As many of you know, Judgments narrative is a series of flashbacks, as Kilo squad try to explain away the actions they’re being held on trial for.

Apart from being a new narrative style, the story adds new wrinkles to gameplay with the Declassifications.  If the main campaign is the public record of Kilo squads story, Declassifications are the bits of the file marked in black ink, shedding light on what really happened. 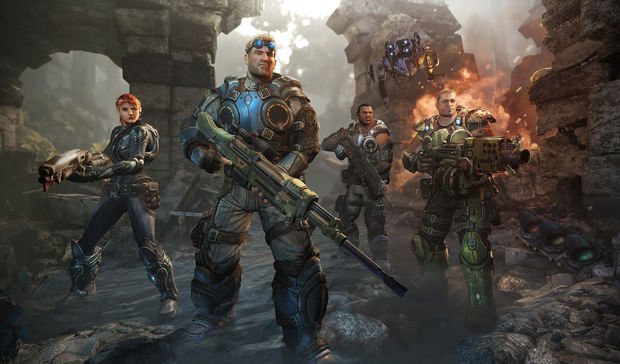 Speaking with senior producer Alan Van Slyke, “When we had this framework of Kilo squad gone rogue, and now they’re giving their testimony in a military tribunal, it made sense for us to give the player options to opt in and hear the testimony that not only the Republic knows about, but what really went down.”

In combat, Declassifying acts as mutators, adding additional challenges to the game. These range from reduced visibility, to weapons restrictions, to fighting modified enemy types. Really, the Declassify system adds more to the gameplay than the story, but more hardcore Gears fans will recognize the story significance of a few of these challenges. Early in the game I ran into a Declassification that would turn all the Wretches in the chapter into Lambent Wretches. Lambent Wretches don’t actually make their appearance until later in the story of Gears of War 2, some 15 odd years later, but the Declassified variant of the level shows the COG knew about them for a while, but buried that knowledge.

Declassifications also feed into Judgments scoring system. A relatively simple system, scoring in Judgment has you attempting to get a three star rating, with rewarded actions running the gamut of headshots, multi-kills, finishing a chapter without getting downed, and the like. The scoring itself can be simple, but Judgment aims to make the combat anything but. Like with Left 4 Dead, Judgment has a smart-spawn system that reads your play style and tries to fight back. 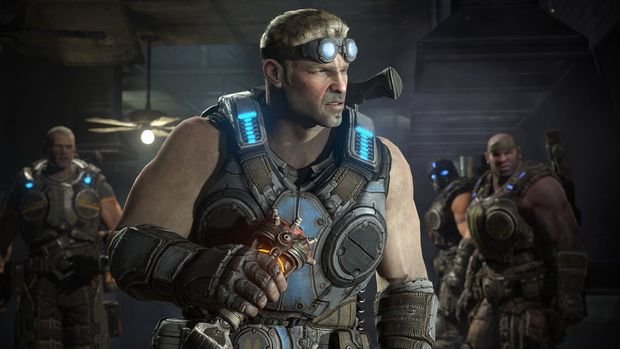 “We tried to make it so that the game reads you,” Alan told me. “So that if you’re being really aggressive and rushing through a level we might spawn Wretches to come up behind you, or if you play it super defensively we might start bringing in more Tickers and Kantus.”

It remains to be seen just how dynamic it is, as I only had time to run through the chapters once, but at the very least Epic is promising the system is dynamic enough to spawn different enemy types during different playthroughs, rather than the previous system of scripted encounters.

Between the story, subtle control tweaks, Declassifications, and Aftermath, I can feel the ice breaking between me and Judgment. I still carry a few reservations mind you (still not into free-for-all) and while the effort is sincere, I’m going to need to experience the full campaign for myself before I get hyped at the possibility of a good story in a Gears game.

Such is the mind of a fan. But again, I am just that, a fan. And if you are too, then let me tell you there is no reason to not keep your eyes peeled for how this one turns out.