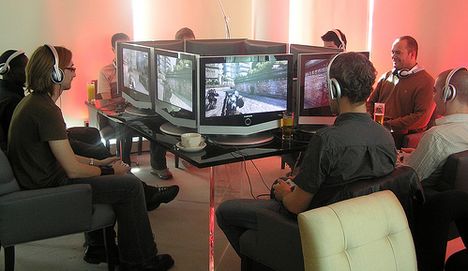 According to Major Nelson, “Gears of War is now the top game on Xbox Live.” In order to accomplish this, GoW had to top Halo 2 in terms of how many users were playing the game on Live. So, what does this mean to you? It means that if you want a fun multiplayer game that actually has people online to play against, Gears is the way to go.

I can only hope this chunk of news further motivates Epic Games to release more maps and a much needed patch very soon. There is a surprisingly high amount of cheaters in the game’s ranked matches that need to be addressed. Not to mention a certain glitch that allows players to spawn at the opposing team’s spawn point.

The only real workaround to these flaws is to play non-ranked matches. While you won’t be able to unlock any achievements this way, you will have an overall better time.