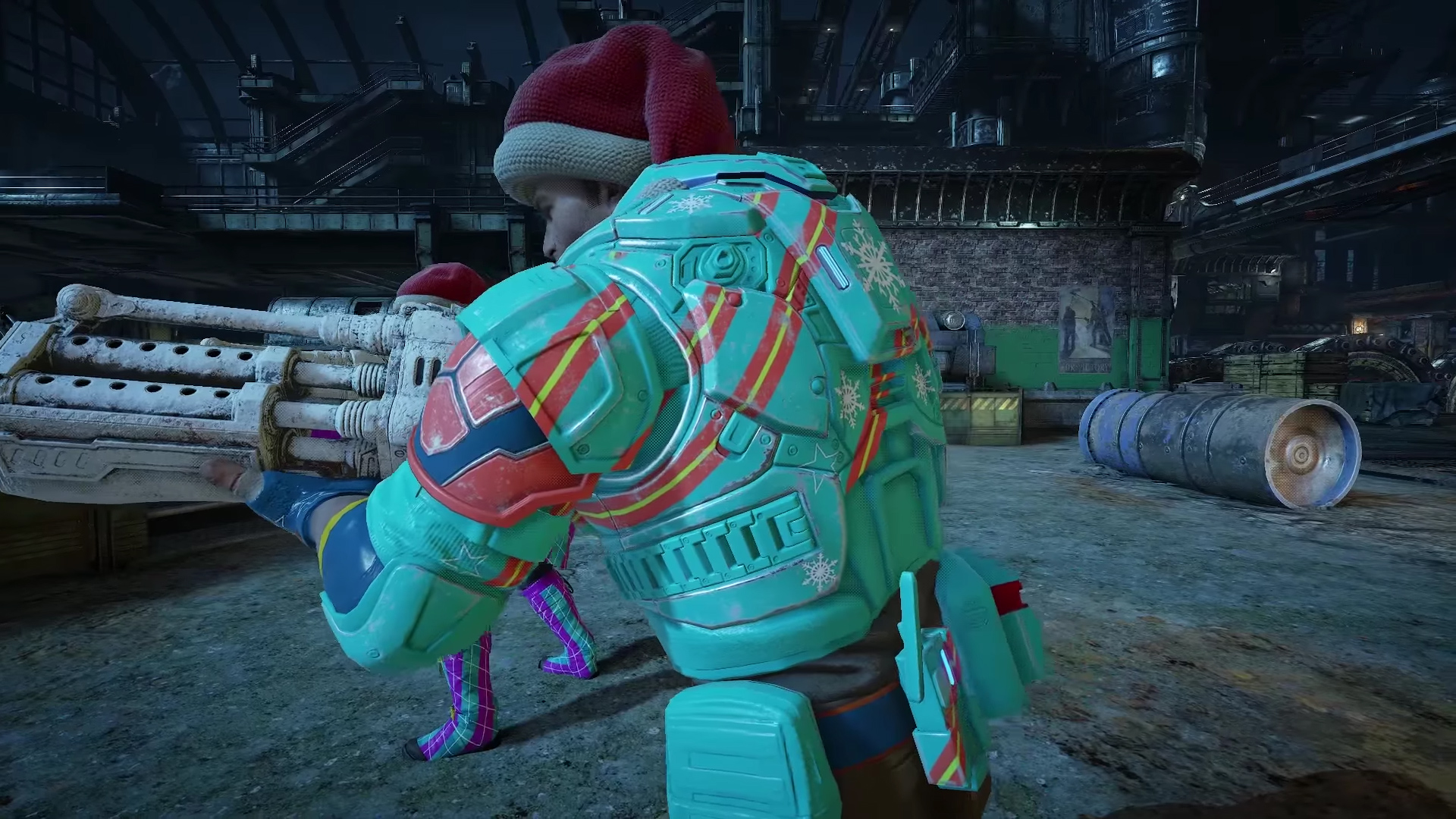 Garish character and weapon skins in Gears of War multiplayer? Why I never!

For the holidays, Gears of War 4 has added a bunch of “festive” customization items to earn in 400-Credit packs. Aside from the actually very good Gingerbread weaponry (including that Lancer shown prominently in this video), most everything else is a bit much at best and eye-melting at worst.

The packs come with one Bounty and two items from the following list:

If you’d rather not mess with that stuff, you can get a pair of rewards just for showing up. Log in on December 16 for the Chuzzmas Emblem and December 27 for the Ice Boomshot. Easy enough.

The Coalition has also added a “Snowball Fight” event, a variation on team deathmatch in which players launch snowballs at each other and have to pick up more when they run out. If it plays anything like Overwatch‘s similar mode, that could be fun for a few rounds (and you’ll earn 1.5x XP).

Lastly, Crossplay Versus, the Xbox One versus Windows 10 cross-play playlist, is back for a limited time. The Gears of War 4 holiday event is live as of today, and it’ll run until December 28.