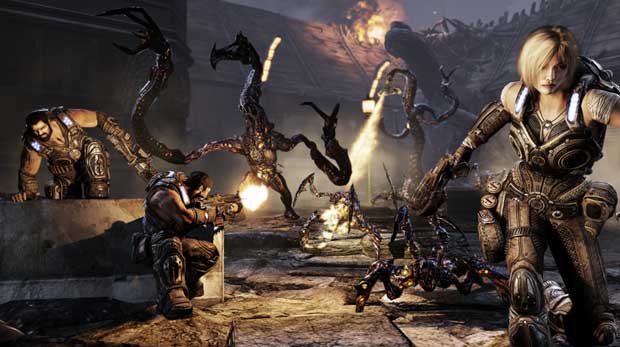 Last week, Epic Games announced that folks who pick up a limited edition version of Bulletstorm for the Xbox 360 would gain access to the Gears of War 3 beta. While the date for the beta’s launch wasn’t pinned down, Epic Games’ Mike Capps guesses it’ll be around April… and he should know, he’s the studio’s president.

“We’ve been saying spring,” he tells GameSpot. “My guess is it will be sometime around April or so. It’s going to be early enough so it really impacts Gears [of War 3’s] development, but we want to make sure everyone has the chance to play Bulletstorm before they jump right into beta.”

Bulletstorm is out February 22, which would you give you a little more than a month to kick dudes into cactuses, shatter their skulls with bullets, and perfect your skillshots.