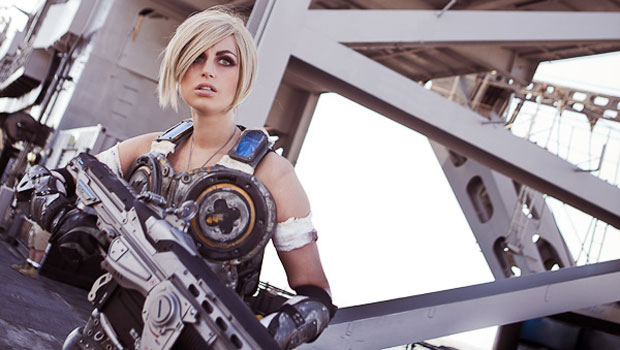 “And this is why all the time, money, cuts, and burns were worth it,” she tweeted today, along with an image of herself in full costume from a recent photo shoot.

Meagan’s been working diligently on the costume for months now, and the work has certainly paid off. Gears lead designer Cliff Blesiznski was kind enough to help her with a finishing touch — he hooked her up with the replica Lancer seen in photo.

If you’re at Comic-Con this week, keep your eyes peeled for Meagan as she plans to stomp around the convention looking totally bad ass.