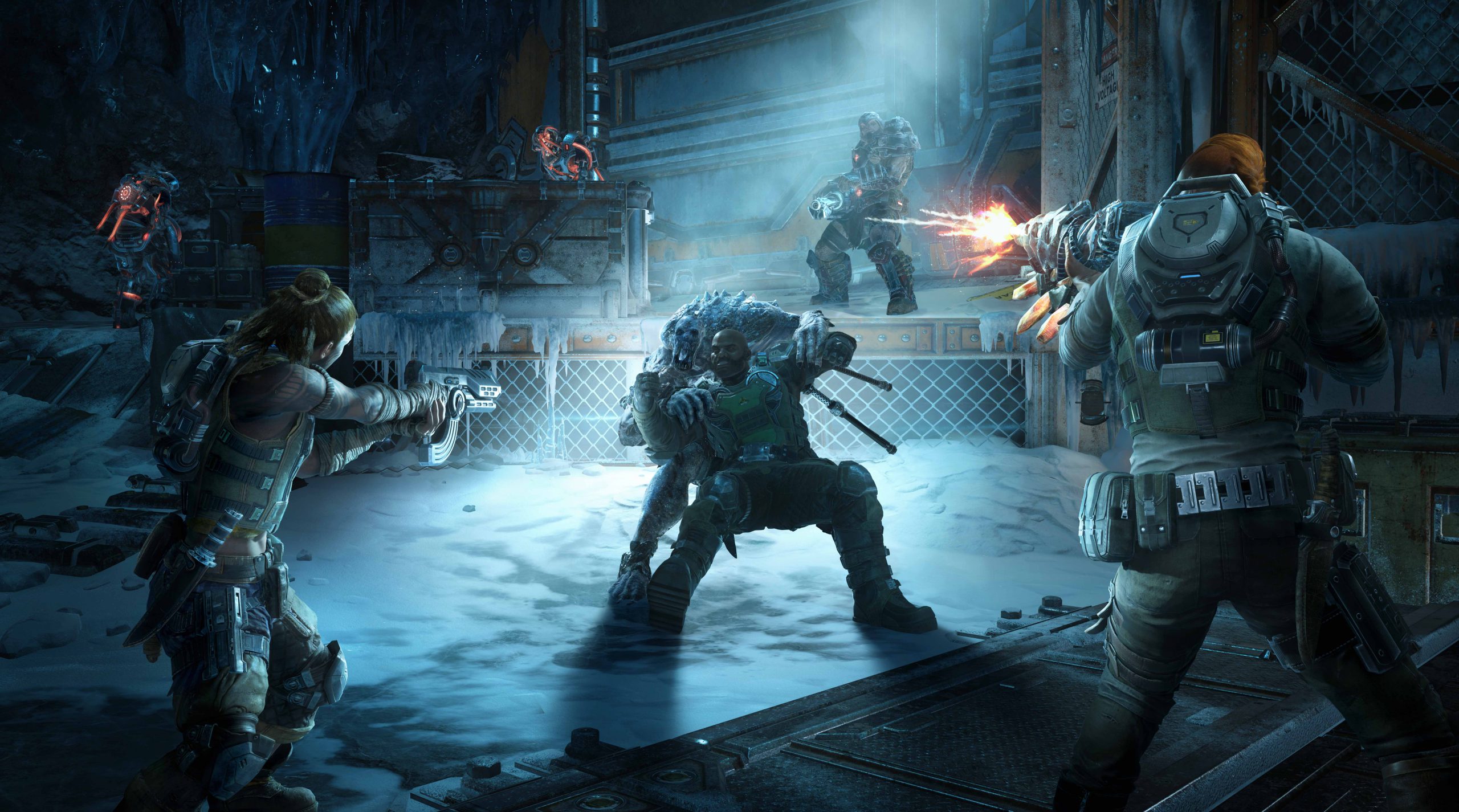 One more COG in the machine

Gears 5 isn’t dead. Well, technically, no one thought it was. Developer The Coalition has been steadily supporting the multiplayer side, as Gears continues to make a push to be an esport game. But, in a surprising move, Gears 5 is getting some post-launch content that no game in the series has gotten since Gears of War 3: Story DLC.

In an interview with IGN, The Coalition confirms that Gears 5 is getting an add-on in December that’s called Hivebusters. It features Keegan, Lahni, and Mac, which is the trio of protagonists in the Escape mode. It’s not a giant piece of content, as it’s estimated to take three or four hours to play through. It’s also coming to PC, Xbox Series S/X, and Xbox One, along with optimizations for new consoles. No other details were given, including a story overview or whether this is a free or paid-for add-on.

That’s far from all that Gears 5 has in store for the Xbox Series X launch. It’s getting a big update that adds New Game+, 120fps support in Versus mode on both Series S and X, and (most importantly) the ability to replace Marcus with WWE star Batista in the campaign. Nothing like throwing the emotion and lore of four other Gears games — and especially a super big plot beat toward the end of this game — out the window so that your long-beloved character can be swapped out with a Monster Energy can.

Here’s an unexpected and most welcomed improvement though: The Coalition has managed to significantly reduce input lag on next-gen consoles. Both Xbox Series S and X see a reduction in latency by 36% in the campaign and 57% in Versus. I wasn’t even really aware that was on the table in terms of next-gen perks. More responsive controls are obviously nothing but a good thing.

All of this goes live alongside the Xbox Series X launch on November 10. We’re likely to learn more about the story add-on a little bit after that.