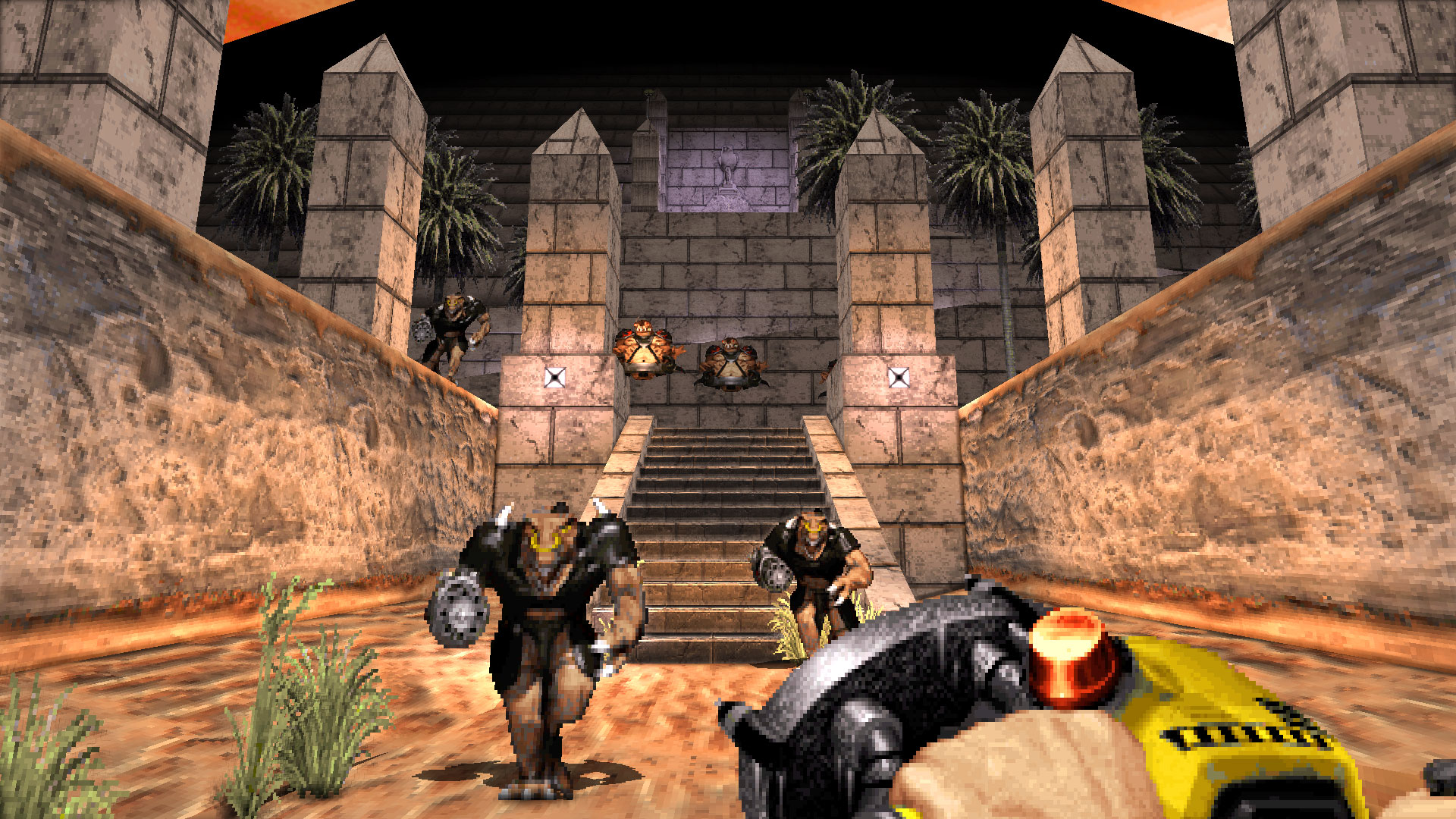 An old man with a facelift

We had a pretty good hunch last week. Now that the Duke Nukem timer has reached zero, we know it for sure: We’re getting more Duke Nukem soon. The self-proclaimed king is back.

At PAX West, Gearbox Software announced Duke Nukem 3D: 20th Anniversary Edition World Tour. This take on 1996’s Duke Nukem 3D is something of a remake. It features the entirety of the original game, plus a completely new episode.

Gearbox says that the new episode, which consists of eight levels, will be headed up by the developers who first made Duke Nukem 3D. In addition to creating more Duke Nukem, they’ll also record a dev team commentary.

Duke Nukem 3D: 20th Anniversary Edition World Tour will release on PC, PS4, and Xbox One. The trailer pegs the launch date as October 11. No price was mentioned. [Correction: The price is $19.99]

We’ll have some hands-on time with Duke Nukem 3D: 20th Anniversary Edition World Tour at PAX West. Expect our impressions of both the old and new content sometime in the near future.