Gearbox is continuing their five week celebration of all things Borderlands with yet another anniversary event.

This time around, “Week 2” deals with rare spawns in Borderlands 3, and will force rare spawns to show up in specific locations with unique legendary loot drops. The point of the event is to introduce players to rare spawns they may have never seen before, and emphasize that there’s more under the hood in Borderlands 3 than meets the eye.

It’s currently live, and will run through October 15, at which point the next event will begin sometime in the afternoon, US (this one kicked off at 6PM ET yesterday, so expect the same timeline next week). Before you play it though note this little proviso: “We’re changing how El Dragon Jr and Mother of Grogans function for Rare Spawn Hunt—they will only drop their Legendary Artifacts while playing in Mayhem Mode or True Vault Hunter Mode, so that they won’t drop gear you can’t equip yet!” You don’t want to frustratingly farm them for nothing!

You can find the full list of rare spawns below. Next up is “Show Me the Eridium,” which could potentially be the most explosive event of the bunch given how many rewards can be unlocked with the rare material. 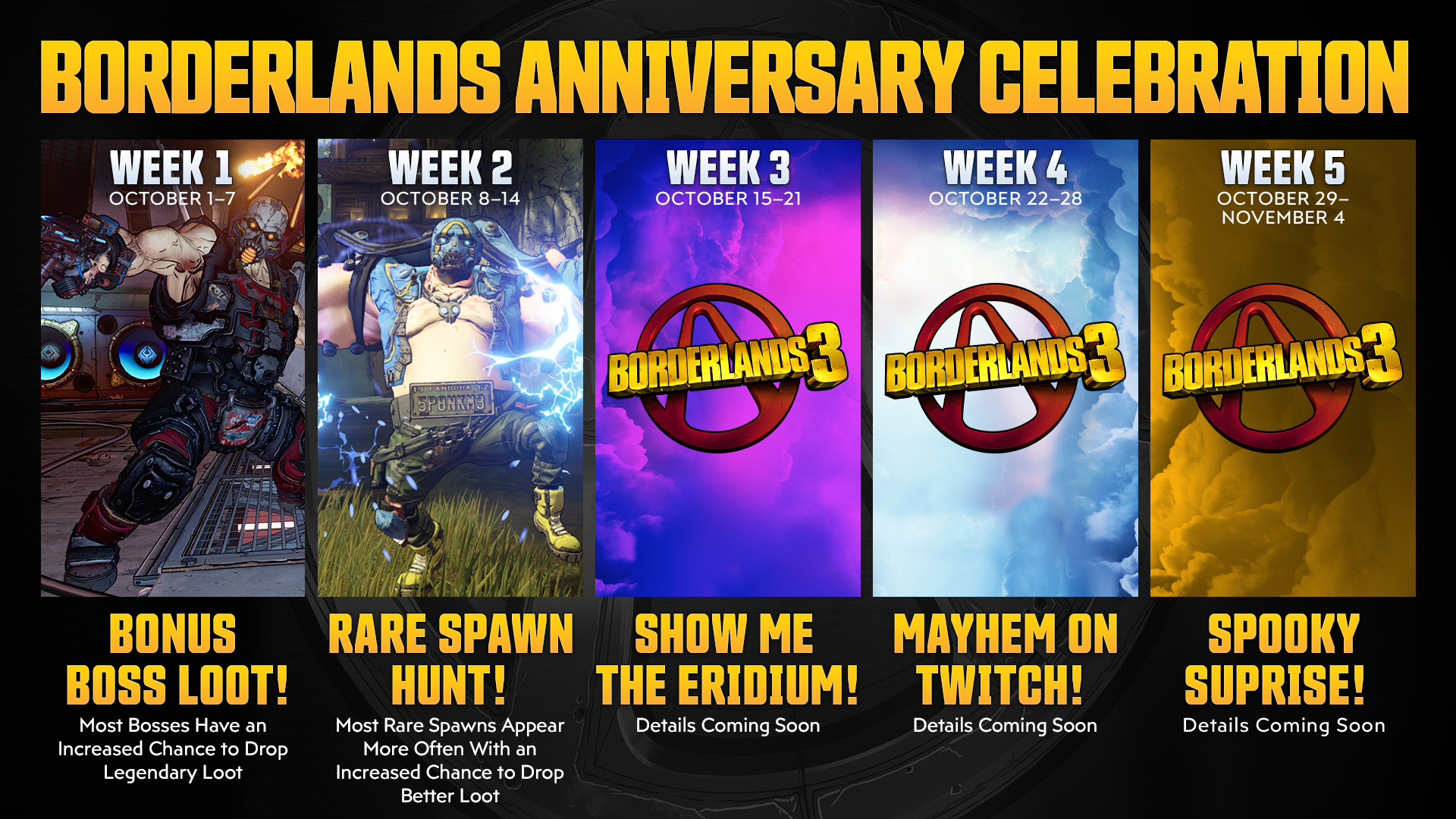