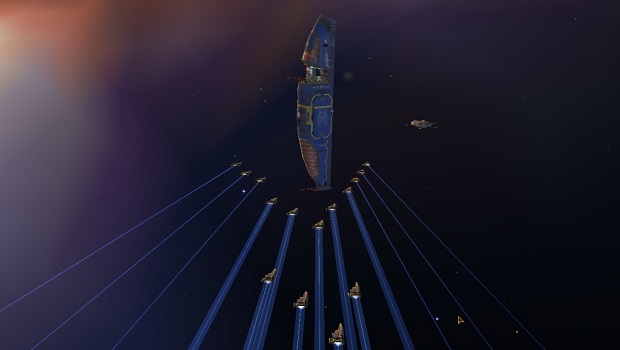 HD re-releases of the classic space RTS titles are incoming

We’ve already heard that Gearbox will be working on an HD remake of both Homeworld games, an IP it snagged during the breakup of publisher THQ. Chief creative officer Brian Martel was the driving force behind the studio bidding for the rights to the space RTS series, beating other bids by Paradox and Aspyr Media. It was Martel’s passion for the series that convinced the company to pony up $1.3 million for the rights.

Martel revealed Gearbox’s plans are to “upgrade all the ships, make it look amazing for current-gen. At this point it needs a fresh coat of paint.” He also told Polygon that Alex Garden, who founded developer Relic, thanked them for their interest and offered his help in any future Homeworld projects. I suppose that’s where my interest mainly lies, in a new Homeworld game built for modern PCs. Here’s hoping those HD remakes convince a publisher to take the risk.