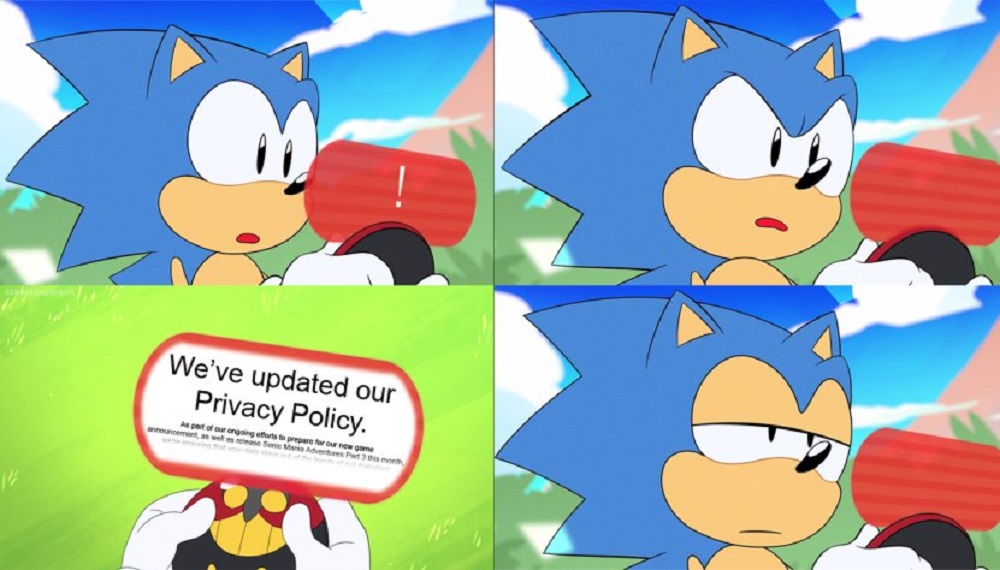 Are we over the GDPR jokes yet?

Hi, The Industry’s Chris Moyse has updated his privacy policy, to continue reading my articles you must… Haha, not really! Like those emails! amirite? Anyway, the official Sonic the Hedgehog twitter account made its own GDPR pun this weekend, while teasing an upcoming announcement at the same time.

The four-panel cartoon sees the spiky one receive a message on his Robotnik-themed communicator, which simply turns out to be another message referencing the new European laws that passed last week. Written in the comic’s small print is a message stating “We’ve updated our Privacy Policy. As part of our ongoing efforts to prepare for our new game announcement, as well as releasing Sonic Mania Adventures Part 3 this month…”

It looks like Sega are holding on until the approach of E3 to drop the big news. It is, of course, extremely likely that said new game will be the new Sonic racing title, that was teased back in March and rumoured even longer before then. As Sonic and Sega All-Star Racing Transformed was a really solid game, I’m looking forward to seeing what the new title has in store.

Sonic Mania Adventures is currently available to watch on YouTube.