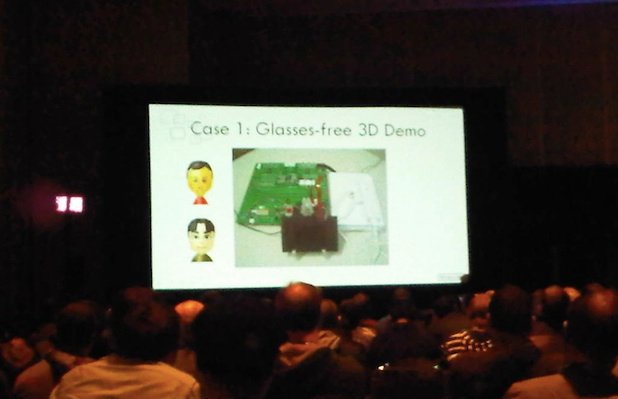 In a demo at GDC 2011 Nintendo Producer Hideki Konno showed off an interesting demo that may point to Nintendo’s eventual future for home consoles.

In this tech demo Konno used a Wii Nunchuck to control the 3D depth effect (kind of like the 3DS’ 3D slider) in a special version of Mario Kart Wii. Key word: Tech demo. Not a real game. Yet.

If anything, this shows that glasses-free 3D is possible on the Wii. Of course, that requires having the right kind of screen, mind you. Still, it shows you where Nintendo’s mind is right now.