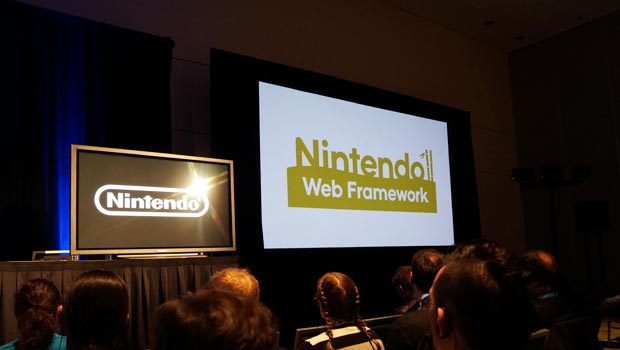 A real change in direction for Nintendo

Nintendo has gone to great lengths at GDC this year to show indie game developers that it’ll be on their side going forward. There are a a number of gestures that indicate a more indie-friendly attitude from Nintendo, and while some will want to dismiss them as mere gestures, I honestly believe that we’re seeing a big change.

At a panel titled Nintendo Wii U Application Development with HTML and JavaScript, Takeshi Shimada from Nintendo’s Software Development Environment Department challenged a large audience including many indie game developers to see how easy it is to port current web-based apps and games to the Wii U with Nintendo’s Web Framework (NWF), which gives developers full access to the Wii U GamePad and Miiverse integration, among other things.

A few of the highlights of the panel included the unveiling of a streamlined partnering process whereby developers complete an agreement with Nintendo, get a development unit at no charge, and even set their own release date and price (giving Nintendo a cut). Interesting also is the fact that there is no concept approval process and only a final quality assurance approval required.

Additionally during the panel, the company introduced its NWF developer liaison, Dylan Rhodes, who was immediately rushed after the panel by all the developers in the room. By putting his name out there in public, it looks like Nintendo means business when it comes to getting more content running on the Wii U. 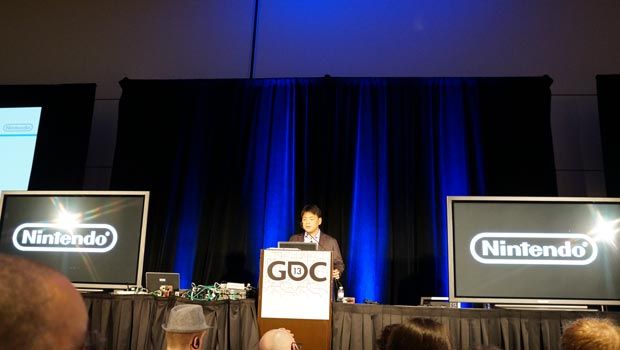 The last thing I’ll mention is Nintendo’s show floor presence here at GDC. Traditionally, Nintendo has brought its recently-released and upcoming games in a format geared towards consumers. This year, however, it’s all about development (this is the Game Developers Conference, after all), with staff on hand to talk to developers about the NWF tool kit and Miiverse functionality for developers. They’re so serious that when I approached them to follow-up on some questions from their panels, I was told they couldn’t speak to me and that I’d have to take my questions up with a press relations person who’s not even on site!

On one hand I was disappointed that I couldn’t get my questions answered, but on the other somewhat happy that Nintendo was reorganizing its priorities in a way that will eventually mean more indie games that other platform owners are already enjoying on the Wii U with GamePad functionality. I can’t wait to see what innovative developers are able to accomplish using the GamePad’s gyroscope, accelerometer, microphone, speakers, and touch screen that will all be available to them.

Do you believe this marks a true change in attitude from Nintendo? I guess we can all believe it when we see it, but it looks like they’re laying the groundwork for something big.