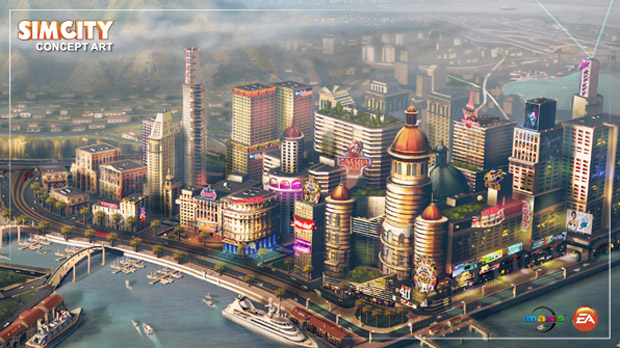 During the EA Game Changers event at the 2012 Game Developers Conference, Maxis announced SimCity. It’ll be coming to PC in 2013, which clearly isn’t soon enough.

Curvy roads were announced first, much to the applause of the audience. This is the first SimCity in which your cities will exist alongside your friends’. The goal is to make the most “playful and responseful” SimCity yet, and the teaser trailer certainly showed how far we’ve come since the last game in this beloved series. They even had Truck-o-Saurus!

While we were hoping for a modern-day Sim Ant sequel, this’ll do. For now. You can check out more on SimCity over on the official website.