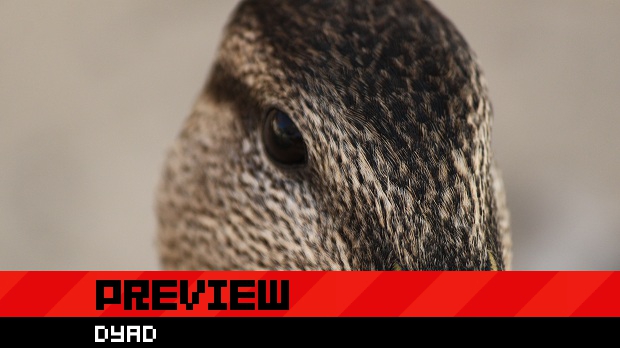 Jonathon Holmes and Jordan Devore have been fans of Shawn McGrath’s Dyad in the past. I played it for about two hours at GDC and I must say, it made me a believer. This is a short bit about my experience with this very unique, psychotic, and amazing indie game.

Dyad at its core is a tunnel-based, semi-shmup that heavily incorporates procedurally generated music and visuals to create a really trippy experience. Akin to Rez or Child of Eden, Dyad incorporates more structured mechanics while giving an overall less structured experience.

There are groups of levels all based around core concepts and similar mechanics, each building incrementally on the previous set. The range and creativity behind a lot of these pieces are really unlike anything I have seen before. Initially, the player is introduced to the concept of “hooking” enemies for a small speed boost. This evolves into hooking pairs, then like colored pairs, then hooking like-colored pairs and grazing the enemies for a greater speed boost, then chaining that into a “zip-line” that connects the two enemies. That’s just one incomplete evolutionary path for a single mechanic, “hooking.” Each of those component pieces themselves are modified by new enemies and skills the player receives. 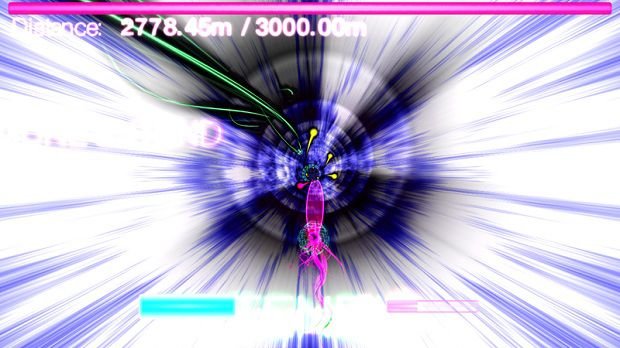 All of these pieces are rendered brilliantly with bright, vibrant colors and deliciously amorphous shapes. Most levels ramp up in speed as you progress, so these artsy chunks morph into satisfyingly chaotic visual feasts. Blazing through nondescript space and watching the enemies blur around you as you pull them closer, dodge, follow “zip-lines”, and chain everything together is some of the most fun I have had with something like this since Burnout Paradise. It taps into that very basal desire to be right at the cusp of total power and control, with just that vague hint of danger to keep things exciting.

Layered on top of this glorious visual feast is a dynamically generated sound track that is substantively different with every level. Each enemy has a specific auditory motive associated with it. As you “hook’ them, they play their little tune and that adds to the piece as a whole. It’s important to note, however, that the core of the game is not based around music. This isn’t Audiosurf. Music is created and modified by gameplay, not the other way around. 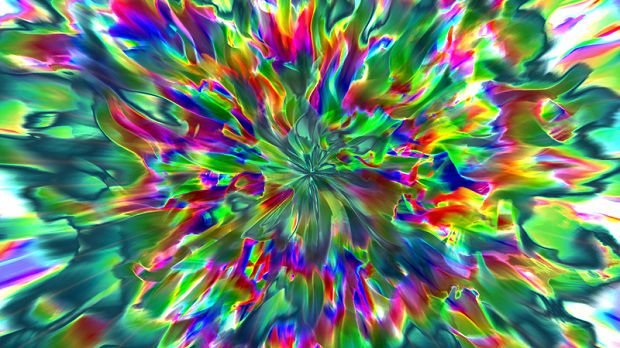 If you couldn’t tell already, I had a fantastic time with this game. Shawn McGrath just let me sit down in front of a giant TV and a slick sound system and let me play for… well I don’t really remember how long it was, I just know that I stopped blinking long enough to make my eyes hurt as if I had just poked them repeatedly with some sharp implement.

Dyad is also a pretty long game for something of it’s type. I only made it through level 17 or so and I know there’s several more groups that I never touched. There’s also challenge modes for every “map” that radically alter play and tone, as well as a mode that allows you play without having to worry about damage or collision. The game is due out this summer and will be a PSN exclusive for awhile with a possible PC release later.

Oh, and the last level is ridiculous.