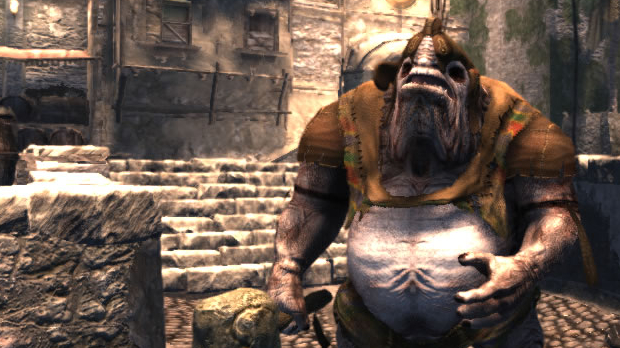 With its tech now in over 500 games, Havok has become a prolific engine developer. At GDC 2012, I spoke with a few Havok employees about their plans for the next few years and what kinds of projects they have down the pipeline. They claimed to be the top provider of middleware last generation and plan to repeat that success.

They demoed some really incredible cloth physics as well as some systems that dramatically cut down the workload of animators, instead letting complex, realistic physics computations run in real-time. Some of these have already shipped in games (e.g. Battlefield 3), but some are right at the cusp of what we can expect for the next generation. When pressed on platform details, the only thing that they would say was, “Microsoft, Sony, and Nintendo have been trusted partners in the past and will surely continue to be in the future.”

Probably the bit that got me most excited was the notion of modeling realistic human body movement and reactions to forces without needing excessive animation. This kind of tech seems like it might be able to help developers combat the bloated budgets of even current-gen games by cutting down on the work that needs to be committed to actually ship a new title.