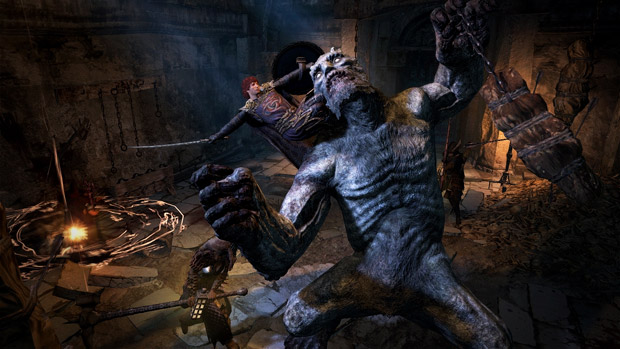 Last year’s release of Dragon’s Dogma turned a lot of heads with its unique take on fantasy action/RPGs. Capcom’s first foray into the open-world genre surprised many with its version of the classic party member mechanic along with its fast-paced combat and exploration. While it didn’t exactly set the world on fire, it still garnered itself a loyal and dedicated following.

The Dark Arisen quest line takes place in a new location known as the ‘Bitterblack Isle.’ A place where many adventurers have fell prey to the ancient evils that reside there. To engage in the new quests, players will return to the first town and interact with a new NPC that will ferry them over to the isle. Once there, players will encounter a variety of new monsters and character that can aid the Arisen and his party. One character, named Baroque, is a fellow Arisen and can upgrade your party’s weapons to new tiers of quality. 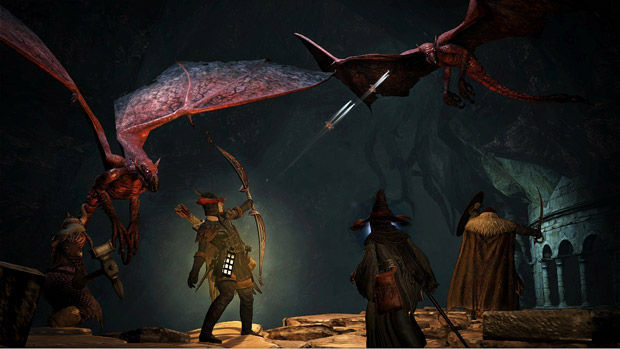 Speaking with Tristan Corbett, marketing coordinator for Capcom USA, the main goals for Dark Arisen that Capcom Japan set out to do was to tweak and balance all existing content, while supplying new challenges and content for higher-level players.

In the time since the last game, Capcom has fixed many issues that even the most diehard Dragon’s Dogma fans found problems with. For instance, the fast-travel system has been made much more manageable with the increased amount of ferrystones made available to the player. Moreover, Dark Arisen will also come with an optional texture pack install, which will lessen loading times, pop-ups, and other graphical issues that plagued the original release.

Now I know many people who already own copies of the original game are disappointed that Capcom didn’t go the DLC route for Dark Arisen, but Capcom has made an effort to show that there is still reason to be excited. Calling this an expansion would not be doing the game justice, as the amount of content and rebalances added far exceeds your typical update or DLC pack.

To give some extra incentive, players who import their saves from the original game will get bonus content and items to help on their journey. With over 15-20 hours of gameplay, new skills and ability tiers, new equipment, and loads of new enemies and quests, Dark Arisen goes the extra mile in giving players their money’s worth. 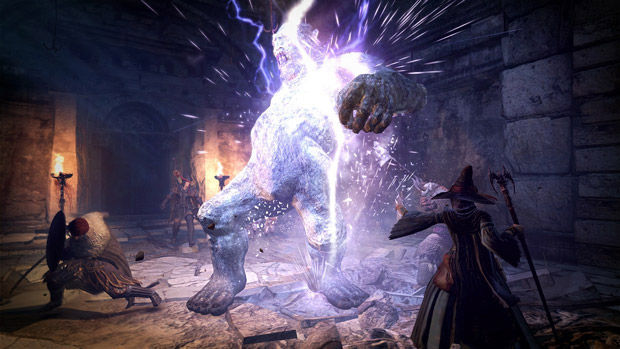 As fans keeping up with the game know, one of the new enemies in the DA is Death. Not only does the large scythe-wielding wraith look incredibly intimidating, but he is also one of the most unique enemies you’ll encounter. Taking cues from the infamous Ur-Dragon, and even from Resident Evil 3’s Nemesis, Death constantly stalks your party throughout the ‘Bitterblack Isle.’

Moreover, his health is far exceeds any monster in the original game. Fortunately, you can take down the enemy at your own pace. If you take too much damage from him, you can retreat and reassess your options. Damage done to Death is cumulative, and encountering him again will allow you to pick up where you left off. Though be warned, Death is powerful enough to take down your pawns in a single blow.

With less than a month away from release, Dark Arisen has gotten many things right. At a budget price, it’s lessened the sting for people bought the original game, but it has also made it an enticing offer for people who haven’t taken the plunge yet.