Beam me up, Sc–actually, no rush

Take a beloved franchise like Star Trek, influences from the heavier hitters in a genre, and you can’t go too wrong, right? Well that final verdict of course remains to be seen, but I can’t say Digital Extremes’ Star Trek makes a good case for itself.

Like Army of Two, 2013’s Star Trek is built around co-op play. You can solo it of course, but playing with a human partner is ideal. This comes out in the writing quite a bit, with no shortage of friendly banter between the action-happy, smart-mouthed Kirk and the calm, calculated Spock.

Both characters see Chris Pine and Zack Quinto reprise their respective roles, as does the remainder of the USS Enterprise crew. Simon Pegg is Scotty, Zoe Saldana is Uhura, and so on. The remainder of Star Trek’s presentation is getting the same TLC, with the films’ composer Michael Giacchino returning to lead a 100-piece orchestra for the score, and God of War series writer Marianne Krawczyk penning the script. If one thing is clear, it’s that Star Trek is certainly not lacking for production values. 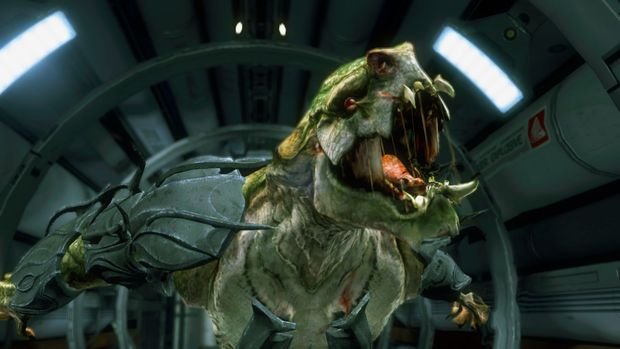 More than an extra gun, you and your partner are actually reliant on each other, and in more ways than your help-me-open-this-door segments — though there are plenty of those too. In a GDC demo, I found myself regularly splitting up from my partner, with the actions happening on one end affecting the other.

Playing as Kirk, one of the early platforming segments had me racing to the end in order to disable a trap laser my Spock partner had to dodge. We’ve seen these sorts of co-op moments before, and at the very least they work just as well here. Not working quite so well are the moment-to-moment shooting and platforming.

Don’t get me wrong its all functional, just not particularly refined. With the exception of some areas that offer two ways to reach an objective, presumably for convenience as you have to wait for your partner to make it across before you can start, the platforming is completely linear. 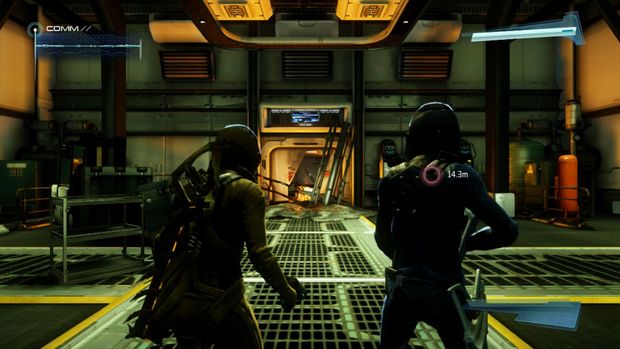 In this particular demo, which took place on a rapidly decaying space station, it became almost comedic as I would often walk into a room, have the floor explode and upended right in front of me, and see black-and-yellow stripes neatly adorned across the scalable rubble. Immersion breaking aside, there doesn’t seem to be a great sense of momentum or weight to the platforming, with jumps that feel like canned animations rather than fluid movements.

Shooting feels similarly rudimentary in places with aiming that doesn’t feel particularity smooth. That grievance aside, the gunplay features some level of variety with 25 different weapons, each with an alternate fire. And yes, there is a phaser, and you can set it to stun or kill. Weapons are also upgradable with XP, accrued from finding collectibles among other actions, improving damage recharge speed and the like.

So while Star Trek takes a lot of cues from the better games in the action-adventure genre, I can’t honestly hold out hope that they will meld well for this specific title.