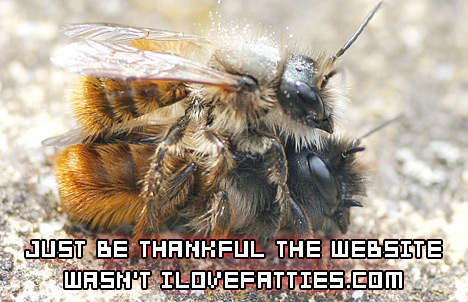 Jane McGonigal, who easily sheds the “developers all live in caves and are (rightly) terrified of their own ghastly visages” image that the industry has harbored for so long, spoke earlier today about collaborative games, and the effect they will theoretically have on the world as we know it. She was one of the main people behind that Halo 2 advergame I Love Bees, that became a huge phenomenon a few years back, and she postulates that Collective Intelligence, the confluence of huge groups of people via a digital medium in order to play games and solve problems, can be developed through such games, and used to predict and shape the future. Yeah, it gets kinda deep, so if any of you are busy ironing your drool bib, you might wanna just skip over to the next post.

Hit the jump if you’d like to go deeper into the rabbit’s hole.

I Love Bees was a huge success. Not only did it create amazing viral buzz for Halo 2, it also united literally hundreds of thousands of people toward the common goal of solving the beekeeping website gone mad.

In case you missed it, the synopsis of the whole thing is that the website in question appeared to have been overtaken by hackers, and as word spread of it, it became this tremendously successful viral puzzle, with nearly a million visits throughout the four months or so that it took the general public to solve it. People were compelled to form into collectives, all on their own, to interpret the meager clues presented by the developers, and through solving them, they then affected the course of the game itself, figuratively, and also literally, in so much as the developers created forty percent of the game after it had already gone live in reaction to players’ actions.

The really stunning bit is how utterly widespread it all became, as, like I said, fucktons of people logged on in order to solve a puzzle, that had no obvious goal, using math, geography, some of that fancy book-learnin’ and good, old fashioned voodoo. Ms. McGonigal believes that the innate ability for such an ambiguous, worldwide game to inspire people to learn and use new skills can be applied in the classroom, as well as in the business world.

To conclude her talk, she dropped a hint as to her newest project. While she didn’t tell us much, I can direct you guys to worldwithoutoil.org.

The crow flies at midnight (on April 30th).