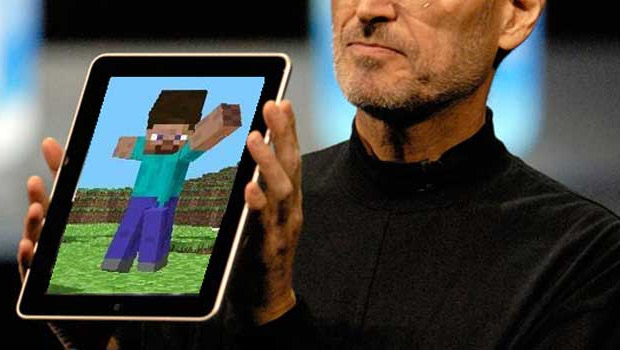 We had heard that iPad and iPhone users would be getting a taste of Minecraft — an official one, at that — but hadn’t gotten much else on the matter. “We’re doing like the iPad/iPhone Apple port of Minecraft, but another developer is doing it,” Mojang’s Markus Persson explained to PC Gamer.

“We’ve barely started. We know we’re going to do it and vaguely how we could do it. One of our focuses is we just don’t port the game over and say ‘Hey this is Minecraft,’ but to make something that makes sense for that platform. There are a bunch of different ways to do that; the ability to look down on your levels or have a different version of the game that makes sense where you don’t have to avoid dangerously fast arrows. You won’t be able to play that on the subway!”

“It’s more of a spin-off of Minecraft the more I think of it,” Persson concluded. “That’s about as far as we’ve got. We’ve had a couple of companies approach us to show us how it could be done but we haven’t written a single line of code yet.”

If for absolutely no other reason, I’m anticipating seeing what kind of sales this version can bring in.