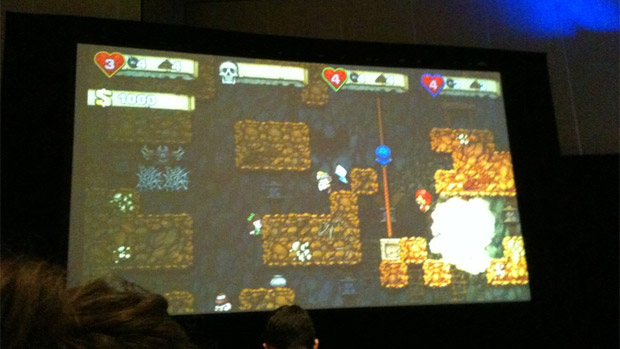 Exciting Spelunky news to come out of GDC 2011. First, the oh-God-yes one: the impending Xbox Live Arcade version of the game will feature four-person local multiplayer. If there’s friendly fire, I don’t even know. Great to hear either way.

IndieGames also reports that the shop keeper has been streamlined to the point where only a single button press is needed when purchasing multiple items.

“This might be scary to hear,” says programmer Andy Hull, “but you can’t be afraid to change things from the original game. This was made easier by the fact that the original game will still exist.” He went so far as to say that “The freeware game acted as our design document for the XBLA game.”