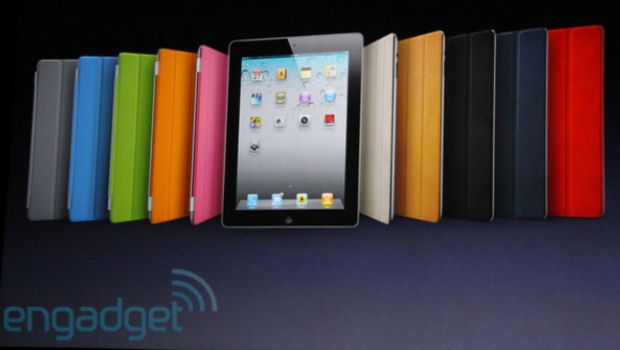 In what may be the most predictable story of the day, Apple has announced the iPad 2. Hope you enjoy dropping ten billion bucks for the last one!

The iPad 2 features an all-new design, as one might expect. It’s powered by a new chip called the A5 and features dual-core processors, with a CPU that runs up to two times faster and up to nine times the graphics speed. It’ll have the same “low power” as the A4 chip and will be the first dual-core tablet to ship in volume.

It’ll also feature rear and front-facing video cameras, along with the same gyroscope found in the iPhone and iPod Touch. It’ll pack an HDMI 1080p video out option as well.

It’ll ship March 11 for the surprisingly not evil (but still princely) starting price of $499. The version with 3G, Wi-Fi and 64GB will cost $829, bringing the iPad 2 in line with the original iPad’s pricing.