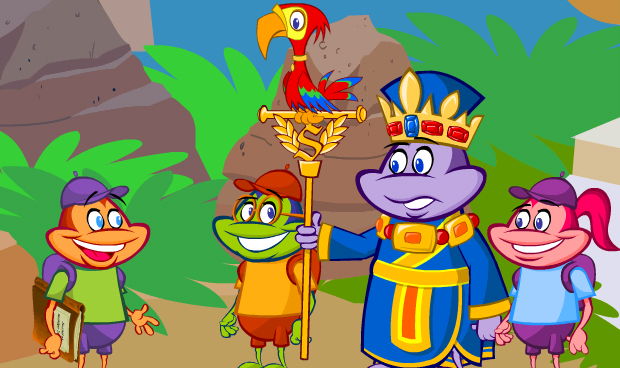 Allan McCullough is a man with a very noble quest. He wants to help educate children so that they know how to deal with violence. How does he plan to do it? Videogames.

As someone who loves to see developers use the power of games to do good, his GDC session, titled “Violence Prevention – Playing a Video Game Can Make a Difference”, stuck out at me right away. I had to go and see what this man had up his sleeve. If you’re interested in that sort of thing too, hit the jump for a summary of the talk.

Mr. McCullough opened his talk with the story of Sharon, a young girl who was kidnapped, raped and murdered in 1985. It was a grim tale that made the room go completely silent, but he told it with good reason: it was this particular case of child abuse that jumpstarted his quest. He started out by conducting a lot of research, and he concluded that the old teachings of “stranger danger” were actually more harmful than helpful. It taught children to only be wary of people they don’t know or who look threatening, when they are in the most danger of being abused by someone they know and love. He knew he would have to develop a whole new way to teach violence prevention to children, but didn’t know quite how… until his brother received a Commodore 64 as a gift.

McCullough was amazed at the power that simulation had, especially over younger children. Games are very engaging and can teach, even when they don’t intend to. Through them, his little brother experienced consequences and learned as much from them than if he had experienced them in real life. McCullough decided that this was the way he wanted to teach children.

After a few years of development, he presented the game to police and FBI agents, who loved the idea. But the year was 1989. A lot of homes and schools didn’t have computers, so he ultimately had to hold his project back and wait for computers to catch on. Over the next two decades, he deepened his studies to make the game an even better educator. He worked with children, parents, and those who had lost their children to predators.

At this point in the talk, McCullough played a little introduction to the game, entitled Sydney Safe-Seeker and the Incredible Journey Home. Like any game aimed at children, it was bright and colorful, but what was surprising was its gameplay. It wasn’t outright about its intentions, but slipped its teachings into a grand adventure that, on its surface, had very little to do with violence prevention. In it, Sydney and his friends accidentally fall into a portal and have to find four stones to make another portal home. But along the way, they get into some potentially dangerous situations.

For example, there are points in the game where an NPC might steal an item out of Sydney’s backpack. He needs all of his items to win the game, so you have to get it back. In order to do so, you have to make him pull out his cell phone, call the police, and complete a mini-game where you describe the culprit. This teaches children to report any trouble they run into and to pay extra close attention to whoever caused it.

Sydney Safe-Seeker also helps parents by tracking the child’s prevention skills. If there are any areas where they are having trouble, a parent can access additional material from the Child Safety Research & Innovation Center so that they can help with the teaching process. This interaction is a huge part of the process, because the child needs to feel comfortable discussing these subjects with the people they trust most.

Sydney isn’t the only game of this kind. McCullough is also developing a game to educate children on how to deal with cyberbullying. Games are often scapegoats, wrongly demonized by parents for causing violence among children. But Allan McCullough can see the potential games have to be the solution, not the problem.