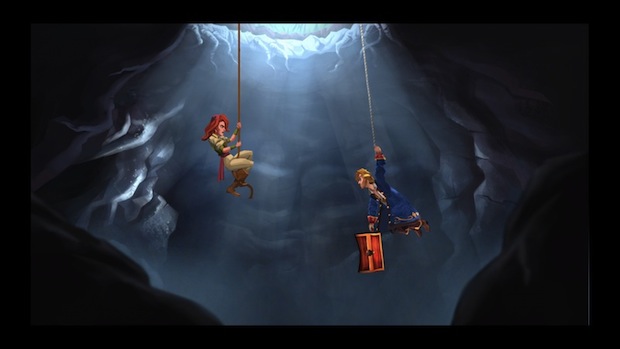 Developer LucasArts isn’t settling for the same list of features for the second Special Edition release of their coveted Monkey Island franchise. In a conversation with me earlier this afternoon during the debut event, Lucas producer Craig Derrick said all should expect a few subtle additions on par with the Spiffy the dog insert in MI: SE.

Of course, that’s on top of the core set of new features that might make the more memorable, perhaps reflective piece. It was suggested at the event that one feature in particular, the developer commentary, might star Tim Schafer and Ron Gilbert. If that happens, it’ll put me in tears harder than that time I spotted a Armani jacket on sale.

If MI: SE 2 is a thing you want to see, look no further than the gallery. Or wait until the game hits every platform under the sun this summer. Your choice.