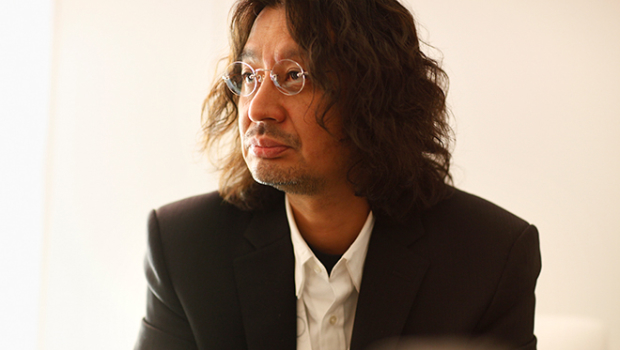 Yoshio Sakamoto is a man who needs very little introduction. He is one of the most famous team members from Nintendo’s R&D1 department and has directed such masterpieces as Super Metroid and the WarioWare games. It was an honor to be in his audience.

Throughout his long career with Nintendo, he has had a hand in games that are polar opposites of one another. He came to GDC this year to share how he is able to make such silly games alongside some very serious ones. Hit the jump for a summary of his very informative and entertaining talk.

Sakamoto began by gong through his history with Nintendo, starting with the Metroid series. He feels a little bit of resistance when people credit him as being its creator. He likes to think of himself more as the person who raised Samus. “After all, the mother of Metroid is the Queen Metroid,” he chuckled.

Although he wasn’t involved in Metroid II, the scene where the baby Metroid imprints itself on Samus was what inspired him to make Super Metroid. He wanted to add more drama similar to that scene to the series, which of course resulted in its famous scene where the Metroid larva saves Samus during the last boss battle. In turn, this scene was where Other M was born. He also tried to inject similar meaningful story elements into the other two Metroid games he directed, Fusion and Zero Mission.

He then moved on to the other famous series that made it to the States, WarioWare. Like with Metroid, the origins of WarioWare did not stem from his creativity, but he took the idea and helped it grow. He was first the director for WarioWare: Twisted!. He brought the prototype to Satoru Iwata and asked what he thought of the prototype, where the unit had to be spun around in circles to win. At this time, Sakamoto brought up an image of Iwata spinning a GBA on an office chair and thinking, “This is idiotic.”

WarioWare: Touched! and Smooth Moves were a bit harder because of the change in platforms. No one knew exactly how to use the power of the DS and Wii, and everyone working on the games were new to the series. For Smooth Moves, the intent was to make a flagship game for the Wii controller. There was so much that could be done with it that it presented a problem, which is why the game’s various forms and poses were created.

WarioWare D.I.Y. came from the individuality Sakamoto saw in his team members. He wanted to see what kinds of microgames could be made when even more individuals were given the opportunity to make them. He showed us a little minigame he made where you shoot ice missiles at Metroids.

Next, he did his best to explain Tomodachi Collection (Friend Collection) to all of the Americans in the audience.”It’s like playing house with Miis,” he said. It was released last year in Japan and has sold three million units.

He touched upon the Famicom Tantei Club (Famicom Detective Club) games very quickly. They were the first games he wrote scenarios for and were “very important titles” for him. The last of his games the he discussed was Balloon Fight, which he worked on with Iwata himself. An image of the two men popped up, which Sakamoto described as a diagram of the diferent ways the two men think. Iwata’s thought bubble was filled with complicated math while his own contained a doodle of a duck.

Why am I here?

His reason for doing this talk was Iwata’s curiosity about his game development methods. Specifically, he wanted to know how one person could work on such serious games, and then go the complete opposite way and make such silly games. He thinks of Sakamoto as only being capable of being silly. Up came another image of Iwata, this time with a speech bubble asking, “Why don’t you explore the secret of creating games for such a dynamic range of titles?”

When he first started to think about Iwata’s questions, Sakamoto found himself perplexed. He had never really thought about it before. To simplify things, he separated his games into two categories: games made with a serious touch, and games made with a comical touch.

When he was young, he came across the films of director Dario Argento and fell in love with them. He used music in masterful ways, stopping and starting it at specific times to heighten suspense. He also invoked invoked fear through foreshadowing, and increased the feeling of tension by contrasting storylines and scenes. “Without a doubt, I wanted to create things in the same manner,” he said. And so he did.

Other movies that have inspired him over the years include Luc Besson’s Leon the Professional, John Woo’s A Better Tomorrow, and Brian de Palma’s Carrie. “Films have opened my eyes to techniques that can bring a story to life,” he told the audience.

Timing, foreshadowing, contrast and control over mood became the four biggest elements for him to consider when making something. Famicom Tantei Club II in particular was made as an homage to Argento.

Sakamoto is a man who loves to make other people laugh. He works hard to make the humor in his games fit any situation or audience, but makes sure it retains his distinctive style.

Like with his serious games, he makes his comedic games with the desire to control the reaction of the audience. He told the audience that he wants to “engineer laughs”. Mood, timing, foreshadowing and contrast are also critical to comedy, and he revealed that though the results are very different, he uses the same creation process for both types.

“As long as one is open to new experiences, you can create a single toolset that can move hearts in many different ways,” he said.

He used Tomodachi Collecction as an example of a comedy game. He had the idea for the game for about nine years before it was ever made. Originally called Grown Woman’s Fortune Telling Notebook, it was going to be a game aimed at young girls to encourage communication. The Mii Channel influenced Sakamoto and caused him to take the game in a more universally appealing direction.

He showed a video from his personal game, where his Mii had Miis of all his friends to play with. We saw Iwata, Miyamoto, Reggie and Samus doing all sorts of things with Sakamoto, such as growing tall enough to knock down buildings and shoot lasers a-la Godzilla. The room erupted in laughter at the pure silliness of the game.

He felt his greatest contribution was working with the director to stay true to what his vision of what Tomodachi Collection should be. “The story is driven by the player. The player has fun and it draws in their friends.”

The example he chose for the serious side was Other M, a game he called a “synthesis of all the know-how and things [he] had ever envisioned”. His goal was to give the game a suspenseful feel and explore the human drama element of the Metroid series he had added so many years ago in Super Metroid.

He laid the foundation of game design before collaborating with Team Ninja. They bounced ideas off of one another, “working as equals without limitations”. One of the things they did not see eye-to-eye on was the control scheme Sakamoto had his heart set on. But they worked together to solve the problem and came out with a control scheme that worked much better for the game in the end.

Aside from Team Ninja, there are many other companies working with Sakamoto on this project. Together, they’re known as Project M. They all have created a strong bond working on the project, and no one part is more or less important than another. He took a moment to mention a few of the other team members. First, he showed off one of the game’s storyboards, which were created by Ryuzi Kitaura. “Working with him has made Other M a much more beautiful game,” Sakamoto said.

Then he spoke of Kuniaki Haishima, who is in charge of sound. “The synchronization between the visuals and the music will be moving your hearts very soon.” He also talked a little about the voice actors chosen for the project. He was “very selective” and chose all of them without making any compromises. Jessica Martin is the voice of Samus because she “matches the world perfectly”.

Knowing that all of the Metroid fans in the crowd were frothing at the mouths at this point, he told us, “Please, be patient just a little while longer.”

Sakamoto has come across many things created by other people throughout his life. He told the audience that these things move his spirit, and creates images that have stayed with him. “It’s our job to take those moments and give them shapes. Developing games is all about giving shape to images.”

The Famicom had not been released when he came to Nintendo, so he had to find his own way. Since then, he has become  very passionate about what he does. He felt “like a child engrossed in a new toy” while working on the first Metroid.

Lastly, he pulled up an image of a valentine and a box of chocolates. He explained the slide with a story: one day, he received a package with a letter and a box of chocolates. They came from a female fan. In the letter, she wrote how much she had enjoyed a game he had made. He then explained that, in Japan, it is customary for women to give chocolate to men they’re interested in. This was the first time he realized that the things we create can touch the heart and spirits of people, and can move them.

“I hope that you will continue to convey the things stored in your hearts into games,” he said before the roar of thunderous applause.