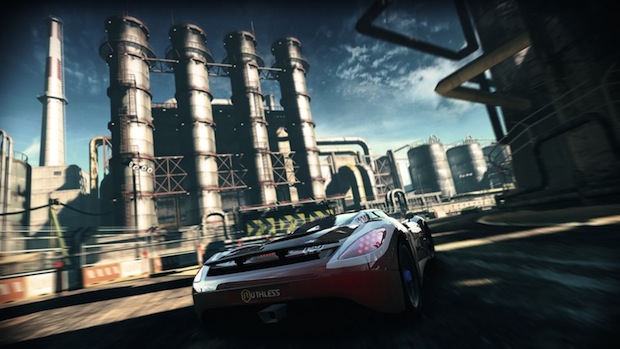 Earlier last afternoon I met with Disney Interactive Entertainment and a representative from Black Rock Studios to see a demo for Split/Second, the studios first racing title since Pure. It was, as I expected, a pleasant experience. 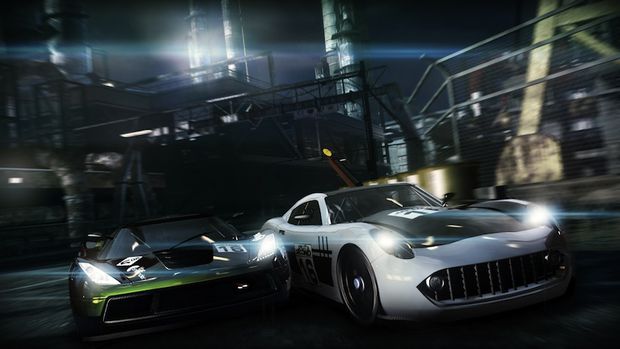 Split Second is a furious, teeth-gnashing arcade racer that takes several pyrotechnic dumps in your eyeholes during each outing. Its aggressiveness is its signature and also happens to serve as an example of how far removed it is from most other racers and most certainly Black Rock Studios last, Pure.

Black Rock isn’t reinventing the wheel. Like most action arcade titles you’ll be racing on makeshift tracks in exotic locales, navigating the dangers of an impromptu path or fighting for position with delicious dubiousness.

What separates it, though, is the extent of your impact on a race in any given moment. You can blow out chunks of a level, permanently corrupting a piece of the track and forcing new routes while punishing foes with lethal shockwaves.

To drop a space needle into the middle of a freeway, or hell, even collapse the freeway is through the triggering of a “ Super Power Play,” a built-up special move that you can earn by drifting, swerving, or drafting.  If someone overtakes you, or you find yourself behind, blue bubbles pop up above the other cars, giving you an opportunity to blast them out of the lead with a vicious attack. It’s like tossing out a red turtle shell in Mario Kart, except your turtle shell is a fucking volcano of awesome, spewing various bits of nastiness.

Developer Black Rock Studios showed off a new mode at GDC dubbed “Survival.” It’s a “Last Man Standing” kind of mode, similar to what’s in most shooters. The level I observed this afternoon was an arena-like place, a circuitous track featuring a black semi that spilled explosive barrels out of its open trailer.

Contact with the barrels is death, and each user has a limited number of those. The person who eats the less barrels and survives the event wins. It’s a simple mode, but it’s indicative of the freshness and promise of Split Second. It’s easy to say that not many racers attempt to do something outside of racing. 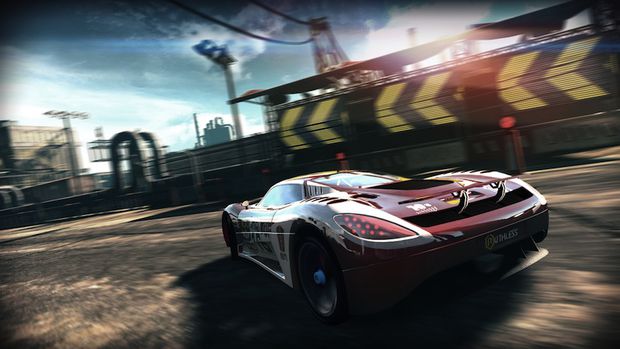 Split/Second has the potential to draw in crowds that aren’t fond of racing titles. It has a simple four-button control scheme with two of those buttons belonging to Power Play maneuvers. The other two are the gas and brake.

In 15 minutes I was able to, I think, master the nuance of the drift and at least get an idea of how to ride the “shockwave” of an opponents “Power Play” maneuver.  In other words: no handbrake, no problem.

I was told that users will be able pull off a “Super Power Play” during each lap of a race. In other words, the gimmick extends beyond usual parameters. And keep in mind that other crap can happen while playing, adding in a dash of emergent and evolving play: “Power Plays” and even basic environmental hazards like unexpected sharp turns or opponents’ manic driving are spice.

It was a Quick Fifteen

I can’t even cook dinner in fifteen minutes, so there’s no way I can assign any sort of meaningful value to a game. But Split Second gave me good vibes and more than a few chills in the time I spent with it. I’m itching for another shot at it.