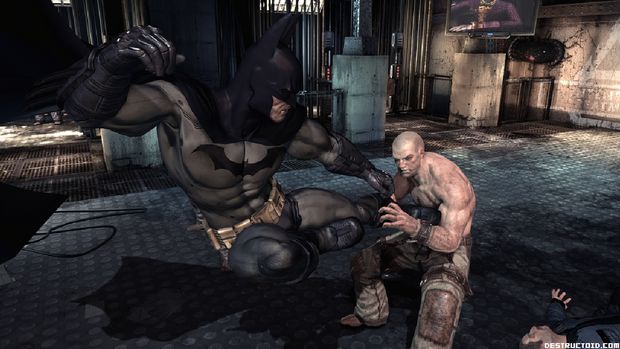 When Nick asked me if I was okay with spending the entirety of my time at GDC visiting and reporting on conferences, I told him in a high-pitched, nasal voice that if anyone was showing the new Batman game, I wanted to be there pretty pretty please with sugar on top and goddamned sprinkles.

When WB Interactive invited us for a hands-on of Arkham Asylum, I didn’t know what to expect; essentially every Batman game ever made has been complete trash, yet from watching trailers and reading previews I literally could not help but be insanely excited for it. A game with the setting-heavy atmosphere of BioShock mixed with the satisfying stealth combat of Metal Gear Solid, all wrapped up in the Batman universe? The Arkham Asylum of my imagination was the Batman game I, and any self-respecting Batman fan, had been waiting for since the Dark Knight first started whoring himself out to the interactive medium in the first place. The fantastic premise, combined with Batman’s videogame history and my own Dark Knight fanboyism, convinced me of only one thing: I was probably going to be disappointed.

After spending a half-hour playing through Arkham Asylum‘s challenge rooms, I can’t say for sure if I was correct. Hit the jump to see what I mean. 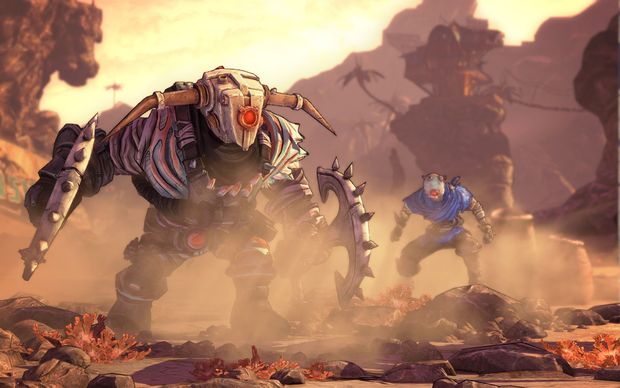 The first thing I noticed about Arkham Asylum is how damned pretty it is. The combos Batman endlessly chains together move just as fluidly as his cape, which, according to the representative we played alongside, was a particular point of pride for the dev team.

We played through three “challenge rooms” that, while not an actual part of the single-player campaign, use existing areas and enemies from the story mode and are gradually unlocked as the player progresses and completes “Riddler Challenges.” What these story mode “Riddler Challenges” might entail was not explained, but we were guaranteed that there would be a reasonable amount of them.

We first played a low-difficulty melee combat challenge room, which tasks the player with linking together as many attacks as possible in order to build the largest possible combo and gain points. As gorgeously fluid as the combat was, I couldn’t help but feel it was a bit simplistic. The vast majority of the time, I simply hammered the X button over and over to pound on a single baddie until a lightning bolt symbol appeared over the head of a second enemy, at which point I pressed Y and was treated to a remarkably violent animation of Batman turning to this second enemy and dispatching him with a few hits (most notably, Bats grabbed a goon’s leg, and hoisted it above his head before delivering a full-force punch to his groin). I could occasionally stun enemies with the use of the B button or evade attacks with A, but it reminded me somewhat of Path of Neo‘s combat system — fluidly animated and gorgeous to look at, but relatively shallow in terms of actual challenge or strategy. That said, I actually kind of liked that game, and I felt the same rush of arcade-y excitement in building combos and luxuriating in the visual reward of fluid combat animations in this first challenge room. Nick, Rey, and I exchanged more than a few interjecting shouts of “nice!” and “Jesus Christ!” with every successfully executed combo.

Next, we moved onto a “predatory” room — named as such, if you can remember from Samit’s preview, because the developers thought “stealth” implied weakness. After pressing the left bumper to turn on Batman’s investigation skill (subsequently turning on a sort of thermal vision), Batman looked around and was informed via a HUD alert that there were five people in the room, all of them armed. With a batarang, explosive gel, and a grappling hook called the “batclaw” in his inventory, there were a few ways to go about ridding the area of enemies. The representative took the first baddie out by simply sneaking up behind him and hitting a face button for what I initially assumed was a silent takedown, until it was explained that all Arkham inmates are equipped with neck collars that immediately alert everyone in the immediate vicinity when any of their number are taken out. This contrivance presumably served to force Batman to constantly retreat to the shadows, and only a quick grapple up to one of the many lofty gargoyle statues that jutted out around the perimeter of the room got Batman out of sight. 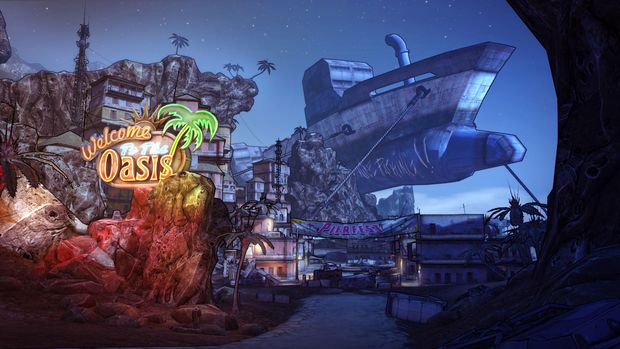 It was at this point that Nick took hold of the controller and almost instantly leapt from the safety of the gargoyle to execute a glide-kick (imagine Batman opening his cape up to slow his descent before planting his foot in a baddie’s face), which stunned his target until Nick could get up close for the permanent takedown (in this case, coming in the form of several brutal, consecutive punches to the face). Nick lingered a little too long, however, and was immediately torn apart by enemy fire. If God Mode hadn’t been on, he might not have had time to escape to a nearby ventilation shaft and follow it to a different room (we were assured that these shafts were not only good for escape, but also for planning ambushes).

At the rep’s suggestion, Nick turned on his investigative vision again and we noticed that certain walls were marked with large explosion icons. After applying some explosive gel to one of these walls nearest a baddie and setting it off, the debris knocked the bad guy out cold. Once again, the surviving enemies were drawn to the scene and once again, Batman retreated to the gargoyles nearest the roof to evade their vision. The last few guards were taken out with fisticuffs and the batclaw, as Nick yoinked an unsuspecting baddie from a high-level balcony to his demise a few floors below.

On the one hand, the predation room seemed quite cool — it prioritized planning and discretion and seemed to provide many different ways of taking out enemies — but at the same time, it was hard to get a true feel for how it played considering God Mode was on. When Nick retreated to the rafters and was able to hide again by simply jumping from gargoyle to gargoyle, tapping the right bumper over and over again, I was torn: would it work like this in the real game? Would it really be that easy to just escape the enemies’ vision and try again? Or would Batman be torn to shreds after his first jump? I wouldn’t begrudge affording the player the opportunity to correct their mistakes and have another try without having to die and reload, but it felt a little too easy to escape capture just by retreating to high ground really quickly — sort of like jumping into hay carts in Assassin’s Creed, but worse. But, again, we were playing on God Mode, so it’s entirely possible that once Batman can, you know, actually take damage, the predatory sequences have a greater sense of consequence and difficulty. 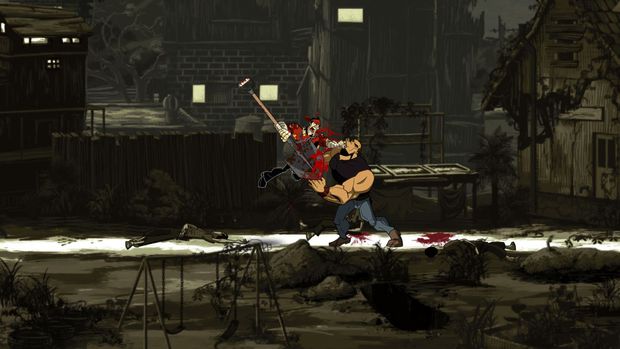 The final room we played was a more difficult melee challenge, where the enemies would occasionally pick up guns from a nearby wall-mounted armory. Allowing an enemy to get a gun is a very, very bad thing: a loud warning klaxon blares if a baddie is trying to get a gun from the locker, and if they succeed, then other bad guys can pick up and use the same gun even after you knock out the guy who initially grabbed it. Though we (sorry) still had God Mode on, I got a better feel for the potential difficulty in the fighting system; nothing screws up your combo like a dude blasting you with a shotgun from from a few feet away, so depending on how much damage Bats takes, the seemingly shallow melee combat could take on much more strategic dimensions when combined with the predation mechanics and fully-armed enemies. I guess we’ll have to wait until the game launches in June to know for sure, but after leaving the Arkham Asylum demo I felt something akin to cynical excitement — the mechanics I saw have definite potential to fail, but if handled correctly, could make for a truly kickass Batman experience.