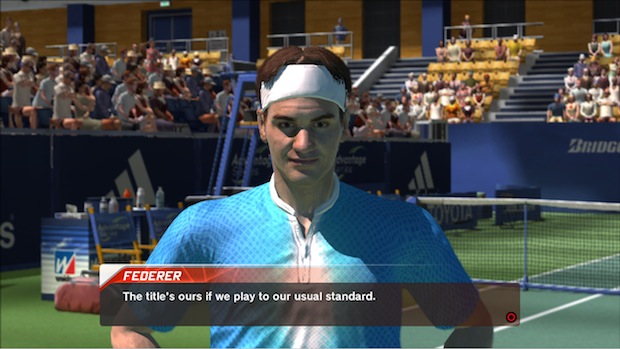 Fresh from the PlayStation press conference at gamescom 2010 we get word that Sega has “pulled a Sony” and added both Move support and 3D to Virtua Tennis 4.

Being developed right now for the PS3 by the Virtua Tennis team in Japan, VT4 will come out in 2011 with full support for your shiny wand and your goofy glasses. Sega says that, “the advanced motion sensors of PlayStation Move precisely track both the fast and subtle movements of the controller allowing for pinpoint accurate shots as players improve their racquet skills.”

Sega says that these additions will upgrade the game’s realism. We believe them They plan to release news about additional features and the player line-up in the coming months. In the meantime, Virtua Tennis 4 is on the gamescom show floor. Hopefully we’ll get to check it out.