Haemimont games, of Tropico 3 fame, have turned its attention towards the third person co-op action genre. That genre seems to be growing a lot these days, which definitely isn’t a bad thing. With The First Templar the developer hopes to create a compelling entry into the genre with a story set in the Templar times.

In The First Templar, you are *shock* a Templar. The story drives you and a female ranged character, branded as a heretic, through 8 levels. It ends around the time the Templars either got slaughtered, turned into the Illuminati so they could play with UNATCO and MJ-12, hunted assassins or did something with Jesus’s offspring. Templars are cool, no arguing about that. Actually, The First Templar sees the Templars and the church becoming more and more at odds while a quest for the Holy Grail provides a backdrop.

Finding the fabled Holy Grail would give the owner vast power and maybe even immortality. The game is said to show the moral implications of things like immortality and perhaps whether or not such a thing should even be found. While the story is pure fiction, the setting and world are all based on historically correct backgrounds. That means magic is out, but a big siege battle of Jerusalem is in. 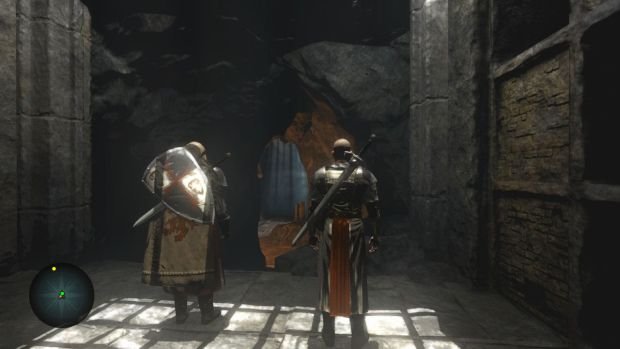 Gameplay wise, The First Templar can be played either solo with an AI partner or in co-op. Co-op lets you drop in and out of a game at any time as long as your friend sets his game up for it to be allowed. And yes, there will be offline splitscreen.

It is your typical third person action fare, but combat was inspired by Arkham Asylum’s timed combat system. If you play on the hardest difficulties, combat is said to be more realistic and probably very punishing. As you fight through enemies, you fill up “Zeal Orbs” below your health bar. These orbs can be used to unleash special attacks. When playing co-op, you can also team up for special co-op attacks where, for instance, you will use the co-op player as a launching point for a devastating attack. You can revive fallen partners by standing next to them and holding a button, but I didn’t see any requirement like a revive potion you could throw to revive them from a distance.

Experience also plays a role with a Templar cross shaped skill board that has to be expanded from the center. You can’t just grind XP and unlock the entire board though; you will have to find a sort of recipe for skills before you can unlock them. These could be found in chests in the game world in the demo I was shown. When you play in single-player, you can use the XP to level up skills for both characters. However, that XP was shared in the demo so you’ll have to plan ahead a bit for what kind of focus you want to have for high-level attacks for both characters. In co-op you should just have your own XP, though.

Graphically, the game uses the Tropico 3 engine that is also being used for the upcoming Tropico 4. While the first level didn’t really impress me graphics wise, the second, forest level actually looked a lot nicer than I expected to see when walking in. Kalypso, the game’s publisher, is known for publishing games that tend to get overlooked but that are always something different than what is out there on the market, and I love their games because of that. 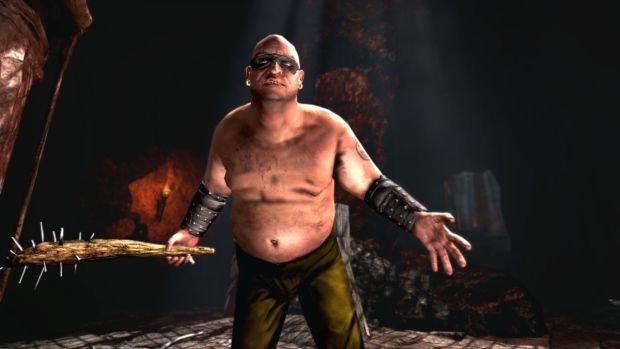 People overlook these games because they are not the same old 5-8 hour shooter or some action adventure by a big name. And they don’t get as much marketing exposure either — other than average metacritic scores based on reviews from people who always compare them to games in the same genre with probably 50 times the budget.

While The First Templar didn’t strike me as a game that will win over graphics whores or people who only buy AAA games with an enormous budget, it did win me over with the idea of being able to relax on my couch and just play and see what the developer came up with.

The game will have 10-15 hours of content if you only play the story, and 20-40 hours if you do all the sidequests and things like that. I think I spent about 80-100 hours with Haemimont’s Tropico 3 already and while The First Templar is an action adventure game, I’m sure they put in enough content to keep you happy for a while. The story looked pretty interesting for an action adventure game and I’ll be happy to give it a go when it’s released, if only to see what the Bulgarian developer has created for us this time.