A kind word of advice to you, gentle reader: if a doomsday scenario threatens all of human civilization, and they pick your name out of a hat to enter a secluded place of safety, politely decline the offer. Otherwise, when they finally bring you back, you will find yourself knee-deep in mutants, zombies, and tribes of wild gangs. It will happen.

I’ve seen it in a videogame. It’s called Rage.

The latest offering from first-person masters id Software puts you in the shoes of one such survivor, who was placed in a Pod in order to survive a catastrophic asteroid collision. When he is revived, he finds that the world has gone to hell, and embarks on a one man mission to make it better again. No one ever thinks of just getting back in the pod…

My impressions impressions were that the game’s aesthetics evoked a cross between Fallout and BioShock, having the laters more chunky, primary-colored style defining a dusty, ruined world. Out of those two games mentioned, comparisons with Fallout will be made by most. However, in my own opinion, I favour Rage‘s take of the post-apocalyptic environs. Fallouts felt real, but occasionally dull, whereas Rage’s world is pure sci-fi, with broken cities jutting out of desert landscapes, shattered skyscrapers merging with the mountains around them. It’s a perfect setting for id’s upcoming title. 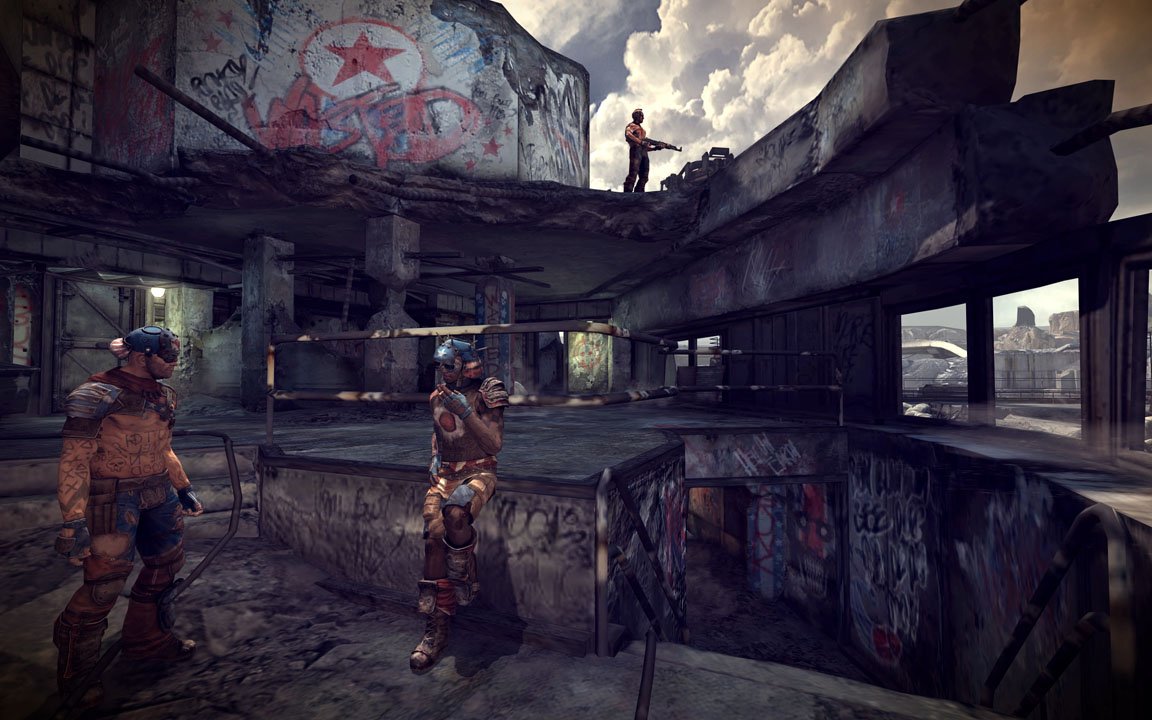 Part of the game’s mechanics is the use of vehicles to traverse the harsh, unforgiving wasteland. It’s a wasteland that is filled with ruthless sorts who will stop at nothing to harm you, so it’s a good thing that you came armed. One such vehicle was a chunky-looking sports car which had been retrofitted with guns, rocket launchers, huge spikes, and a plow, leaving it the perfect vehicle to fight off wasteland raiders. Combat with other vehicles has a very Twisted Metal feel to it, with rockets and machine gun fire ripping through the air as drivers slam on the handbrakes to quickly turn for a better shot against their opponents.  The section I saw took place in the winding, sun-drenched canyons of the wasteland, with opposing drivers weaving between the crumbling pillars of a bridge that once crossed a river. All a far cry from the gunplay that old school id is known for. 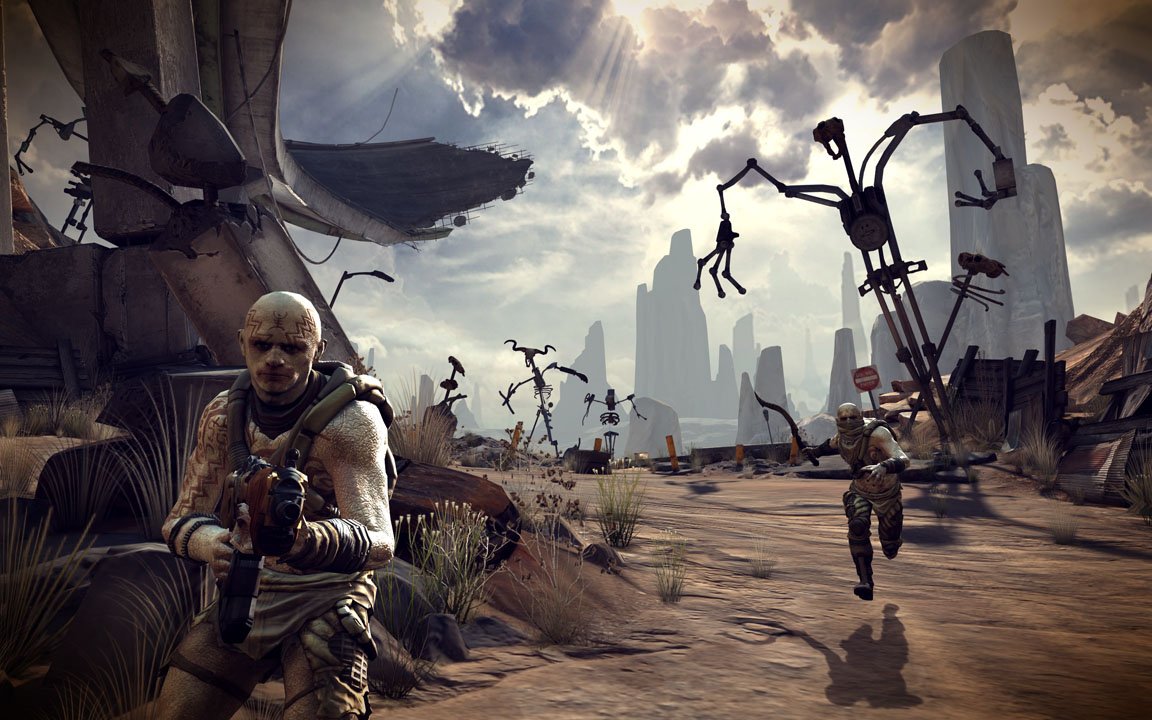 A couple of sections of gunplay were demonstrated, and in each the unmistakable feeling of the FPS genre’s oldest developer is present. Tight, tense corridors guide you on your path, with enemies coming right for you with a psychotic blood lust. Those unfortunate enough to get in the way of some of the more heavy duty weapons in your arsenal will be reduced to a pile of gibs, and cloud of red mist. The gunplay itself feels rather light and arcadey, lacking the weight of some modern shooters; there is no running from cover to cover with you pressing your body against the nearest wall at the press of a button. It is pure and proper action-oriented first-person shooter.

The end of the world has been a popular recreational spot for gamers for a good long time; if Rage is anything to go by, it is going to to stay that way for a long time to come.