One of the many games being shown at gamescom is Splash Damage’s Brink. If you’re not familiar with Brink, it’s an upcoming team-based co-operative first person shooter in development for the PlayStation 3, Xbox 360, & PC. I was able to get about 20 minutes of playtime while I spoke to the developers, so go ahead and check below for my hands-on impressions of Brink’s multiplayer. 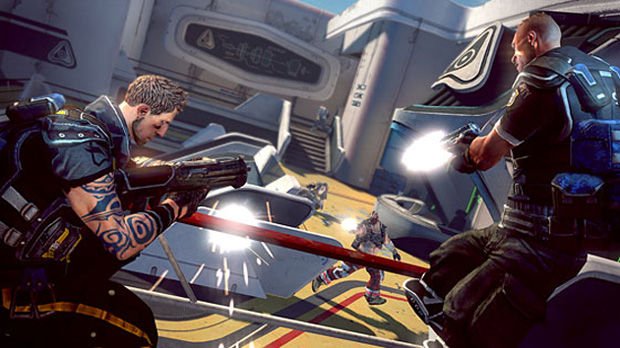 The hands-on, with around seven other press people, started with a training video that explained the core concepts and the HUD. After going through the training video, we were allowed to customize our character (which will be a persistent, leveling character in the full game) with looks, weapons, and abilities.

You can customize abilities for multiple classes, as you may want to eventually change classes as you keep playing the game. To this end, you have a set amount of ability points. One ability takes one point. The abilities are spread among universal skills — buffs and such that work for all classes, and class specific abilities. I put the most points into the Soldier class, picking abilities that increased my damage and my health so that I wouldn’t die all the time — because I really hate waiting for respawn timers in multiplayer. Some other points were distributed among the Engineer class, the Medic, and the Infiltrator. Many of these abilities cost mana, which regenerates slowly as you play.

If you have played Team Fortress 2, you should be pretty familiar with what each classe can do. The Soldier is a mix between the Heavy and the TF2 Soldier. The Infiltrator has some Spy skills, such as copying an enemy’s look. The Engineer and the Medic are … an Engineer and a Medic. They have mixed up the classes enough so it doesn’t feel like a direct copy of TF2, and, in fact, it probably makes Brink more accessible to gamers who like team-based multiplayer combat, since the familiar aspect of those games are present. 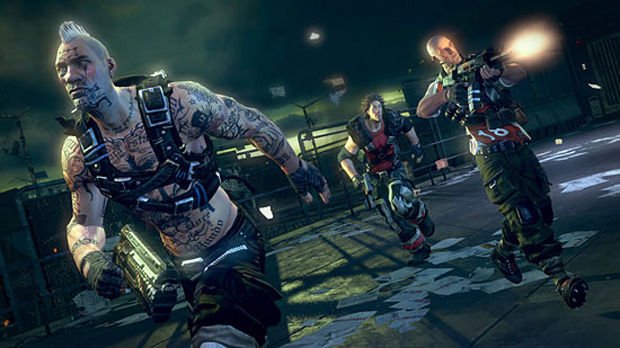 So, it’s not TF2. What Brink feels most like is Enemy Territory: Quake Wars, also from Splash Damage. Each class has specific objectives that focus your gameplay so you’re not running around like an idiot. This gives players some more direction and a sense of progression, as they pursue and achieve goals, as well as the feeling that the session actually matters. Of course, the first thing I did was run around like an idiot.

We were able to play Container City, the same level that was shown at E3, but this was a newer build. In a GDC session with Lead Level Designer Neil Alphonso, he mentioned how this level was designed by David Johnston — you might know him as the guy who created a little map called DE_Dust.

Playing Brink feels like playing Enemy Territory: Quake Wars at first (no surprise that Neil Alphonso also worked on both the Quake and Wolfenstein versions of Enemy Territory) but they definitely added some things that made it more interesting. First of all, the Left Bumper acts like a contextual Mirror’s Edge button. This system, S.M.A.R.T. can be used to run, grab ledges, and jump over obstacles. Heavier classes won’t be able to go as fast or jump as high as lighter classes, so what paths are open to you in a map will depend on what class you have. 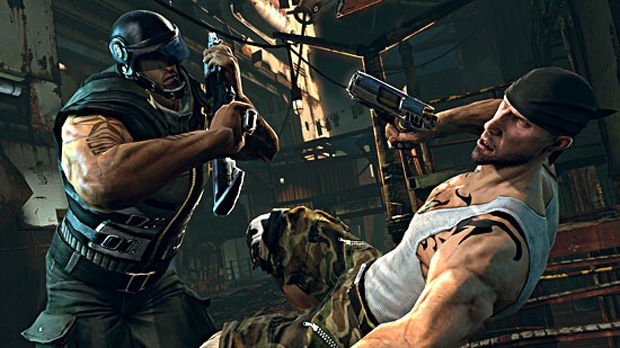 I tried to Rambo my way forward as a Soldier, but it just resulted in a quick and merciless death. Death is not instant — instead, you slowly bleed out, giving a Medic time to heal you. Of course, all Medics on our team sucked, so while I just lay on the ground for 20 seconds, I checked out all the options in the Menu. While dying, you can look at all the objectives for your team in a dialing wheel. Doing so points you into the direction of the objective, so you know where to go when you spawn or get revived. A good medic can throw you a revive syringe that you can either use to revive on the spot, or can ignore and respawn at a designated point. A few minutes and deaths later, my teammates finally chose to be Medics so I could go on after stupidly getting mowed down again. The downside to being revived, rather than respawning, is that you keep the ammo you had when you died — if you died low on ammo, you’ll revive with the same amount.

After having specific classes on our team hack into gates to open them, plant explosives, repair a crane, and escort a robot you had to get from the start to the end of the level, we won in the nick of time. As you progress through the map, the spawn points move with you so you don’t have to worry about running all the way back to the action. The game also has optional objectives that can reward experience, a Command Center where you can change classes, and various ways to boost your team. 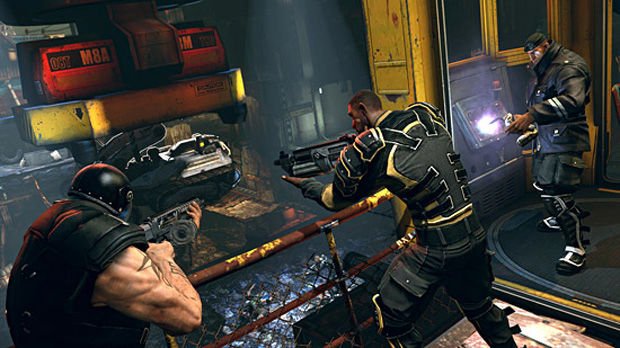 The developers told us that we were playing at level 14 instead of level 1, which meant we were pretty much playing on Hard, or the level you would be at after playing for around five days. While I definitely died a lot, it didn’t feel impossible or that much harder than any standard multiplayer match at all. The build we played also allowed us access to some more weapons and abilities, which we normally would have had to unlock by gaining experience.

A lot of things in the game provide you with experience. Finish an objective, kill enemies, the works. While talking to Neil Alphonso afterwards, I asked him if people who prefer singleplayer games and wanted to play Brink with AI teammates should be concerned about it being so multiplayer gameplay focused. He said that singleplayer oriented people would still have a good experience, because the AI really does a great job at emulating player behavior. To be honest, I thought we were playing against another press team while we were just playing bots, so they seem to be on the right track there.

Singleplayer fans will be pleased that there is an actual narrative throughout the game, and there are a lot of visual narrative devices in the maps. Think Portal-esque graffiti and scenery such as a half broken satellite dish that people just keep on their roofs around in the hopes of receiving a signal one day. While Alphonso wouldn’t comment on the number of maps that would ship with the retail game, he did remind me that there are two sides to choose from which can give you vastly different experiences. 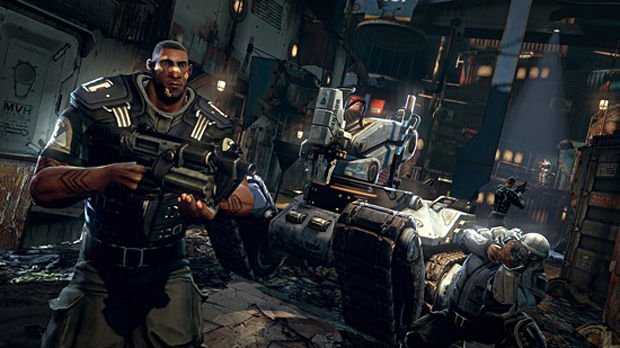 Brink looked like it was definitely a step up from the by now classic Enemy Territory design. The new features like the S.M.A.R.T. system for parkour-like movement change the gameplay dramatically because of all the approaches you can take to a level. Although I have to admit that team based multiplayer is really not my thing, Brink was a lot of fun to play. At least, when I wasn’t dying. Maybe I’ll get better at it after launch, when I have more than 15 minutes into the game and learn not to play Rambo.

If you are tired of Modern Warfare 2, and don’t care about Black Ops, then you should definitely give Brink a chance come demo time. It feels more focused, it’s short enough to pick up and play, and it should be a blast to play with other Dtoiders during FNF.

As a final remark, I have to apologize to Paul Wedgewood, the Splash Damage CEO. I mistook him for a PR guy trying to tell me things I already knew so I kind of blew him off (not literally, jeez) so I could bug Alphonso for some more info. Sorry Paul!