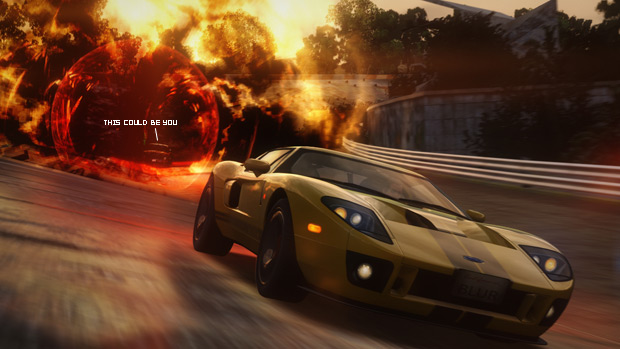 Irony? Poetic justice? I don’t know what to make of these Blur screenshots being blurry, mostly because my cat decided to be a dick and jump on my face while I was sleeping last night so now I’m sleep deprived.

Straight out of gamescom in Cologne, Germany are a fresh batch of images for the arcade-style, power-up lovin’ racing game Blur by Bizarre Creations, the maker of Geometry Wars 2 and other fine computer videogames, I think.

The thing that looks sort of like a black hole in the header picture seems new to me, but I wouldn’t be surprised if it was slipped in one of the previous trailers for a split second. Likewise, I don’t remember seeing the power-up that causes your foes to ascend to the heavens before either.