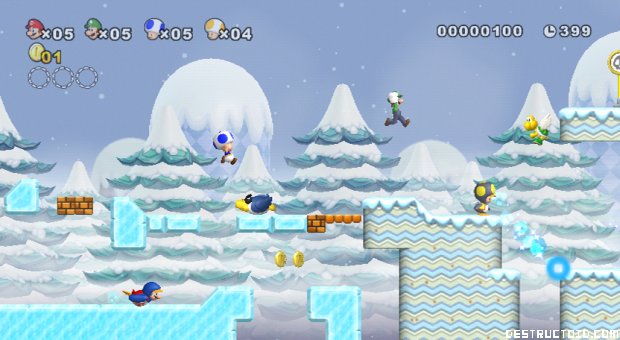 Fans of all things retro surely realized when they first saw New Super Mario Bros. Wii that the game definitely pays homage to our side-scrolling roots. At gamescom this year, a new trailer was debuted in addition to a few new screenshots (and a few we had already seen). At a glance, the game looks to be everything our own Chad Concelmo dreams of and more — totally addictive multiplayer action AND all the bells and whistles we expect from a Mario game. Do want!

We know New Super Mario Bros. Wii is coming late this year, but Nintendo has not announced an official release date yet. I’m always on the lookout for some awesome local co-op, so I am hoping that this game will provide lots of fun after it finally hits shelves. Don’t forget to hit the break for the new trailer. Is this on your must have list for the holidays?