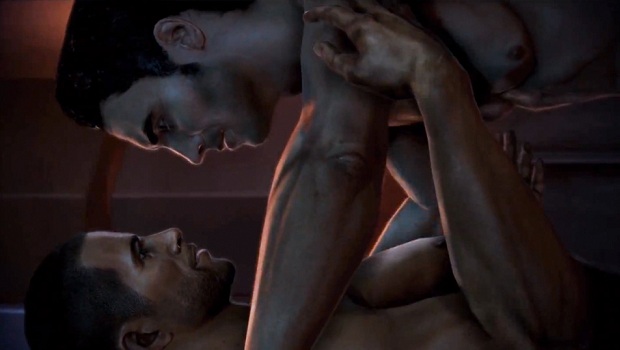 Last night, Kickstarter got a little more gay. Matt Conn and the organizers of GaymerCon, the first gaming convention with a focus on the LGBTQ community, started their crowdfunding drive with a goal of $25,000. One day later, they’re a third of the way there, with endorsements from the Team Fortress 2 Sniper and Portal‘s GLaDOS. Not too shabby.

The Kickstarter isn’t to get GaymerCon off the ground, though. Conn’s already got a team working to make the convention a reality, as well as an established time and place of August 3-4 2013, in San Francisco. The Kickstarter is so GaymerCon can pick “swankier” venues, book bands, and give out prizes to lucky attendees. The show of support will also, the organizers hope, gain the attention of the industry at large.

The event isn’t just for teh [email protected], either. Straights and allies are welcome to attend, as are hipsters, trekkies, nuns, and Xbots, according to the official site. Mmmm, baby. Love me a sexy vulcan gal. “Nerve pinch” indeed.

So donate. Do it because you’re a decent person. Do it because Chik-fil-A sucks. Do it so the game industry can grow in diversity. Things only get better when people can be who they are and feel safe in their hobby at the same time. And hey, it’s not like Jim Raynor is going to suddenly dump Kerrigan for Zeratul and get all freaky on some blue alien wing-wong. Although …