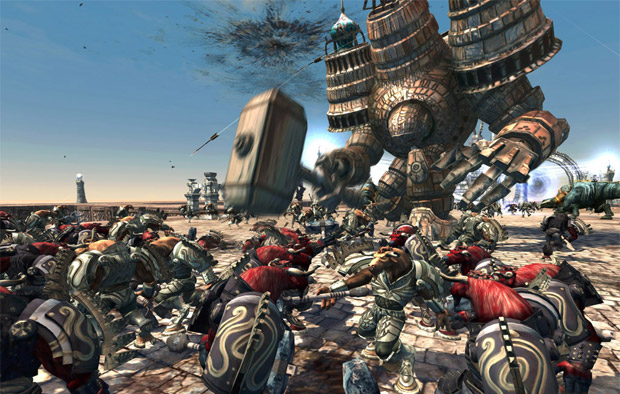 Demigod was a good game. As such, a sequel to Demigod would be — I have to imagine — received well. In a Gamescom-flavored interview between Gamers.fr and Gas Powered Games’ leading man Chris Taylor, the notion of doing a follow-up was danced around in fairly honest terms.

“We made an investment in that game, and we spent a lot of money on it,” says Taylor. “Now, some things have happened since that; we’ve got a lot of interest in a sequel to Demigod. And we feel that maybe the kids will go to college if we do a really good job on the sequel, and we can make some of the money back that we invested in the core game and the core IP.”

As long as a Demigod sequel doesn’t come out directly alongside the supposed Valve-developed DotA game, I’d be all for it.