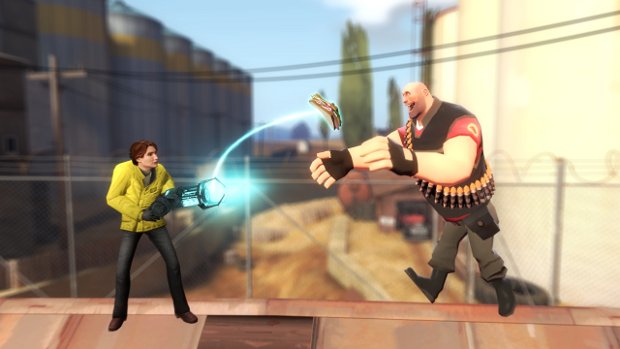 The creator talks about the success and appeal of the mod

Garry’s Mod, otherwise known as GMod, has been a long-time fixture of the Steam and PC gaming community. In it, player’s can take existing character models, objects, and environments, and experiment with them in a variety of unique ways. It’s very much like playing with a collection of action figures from different brands, and it’s been quite popular with humorists and fans. Last week, Garry Newman, the creator of the mod, posted a sales chart showing the progress his title has made.

During an online exchange with Rock Paper Shotgun, the creator talks about the success of the mod, why it has responded so well to the community, and how it keeps on selling. Obviously, much of the credit goes to Steam, Valve’s self-developed games, and social media and video sites. Steam began selling the retail version of Gmod in 2006, and the popularity of it expanded along with the community that shares media of their latest creations. Surprisingly, one big influence over the years was Minecraft, which Newman claims helped Garry’s Mod tremendously.

“Minecraft. You’d think Minecraft would kill GMod’s popularity… but it’s kind of the opposite. People play Minecraft to death — they love it… so they go out looking for other games that are a bit like it. Minecraft has attracted a lot of people that aren’t really PC gamers too. They play the game on the 360 or the iPad and everyone tells them that the PC version is better.”

It’s seems like the only direction for Garry’s Mod is up, though Newman has no plans to recreate the success of this title. His development studio, Facepunch, is currently working on Rust, an open-world survival game. While a departure from his previous work, he will continue to support and update GMod when needed.

What are your favorite creations to come out of Garry’s Mod?