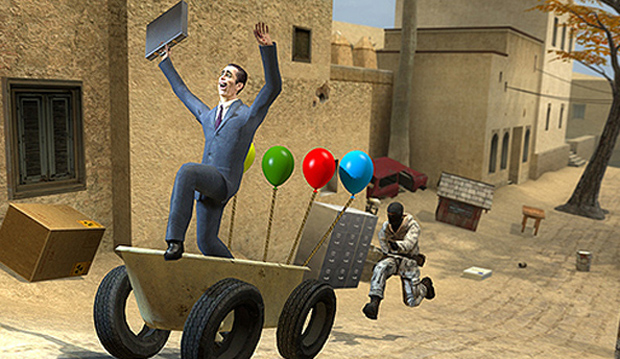 Talk about a financially secure future

Earlier today, designer Garry Newman tweeted that Garry’s Mod “just broke $30,000,000” and “if my calculations are correct — we have now officially made more money from Rust than Garry’s Mod. 0.34% more!” The former has been around as a standalone release since late 2006 while the latter, a Steam Early Access title, has been out since December 2013.

While it’s true that Rust has seen a dramatic rise in popularity recently, there’s also the matter of royalties. “To clear it up, we get less royalties from GMod than Rust,” explained Newman. He said that it’s 70 percent for Rust and “50 percent or $2.50 if it’s part of a package” for GMod.

I’m almost too afraid to ask, but do you have a personal favorite Garry’s Mod image? I wasn’t planning on sleeping tonight, anyway.