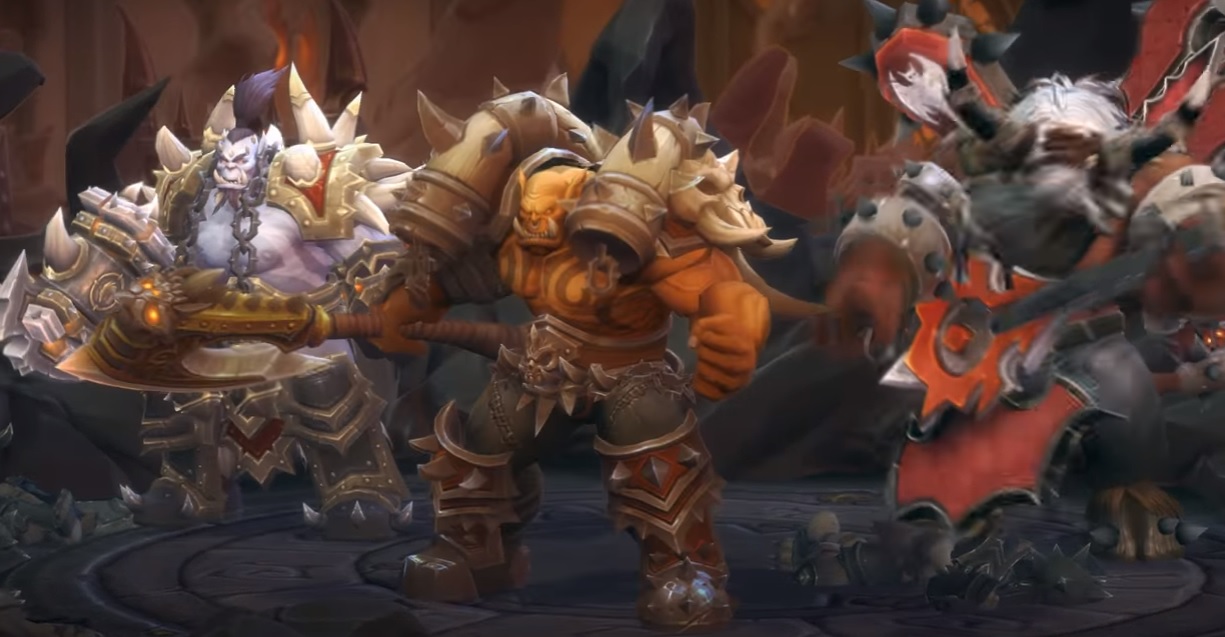 And he can flip people

Blizzard has revealed the full kit for Garrosh Hellscream, the newest World of Warcraft Warrior to enter Heroes of the Storm‘s Nexus.

Garrosh is a full-on damage sponge (which the game needed more of), backed by his trait that gives him more armor the lower his health pool is. He’s going to have some hard counters with percent-damage spells, but he’ll need to be bursted down and caught as a general rule, given his trait and his low mobility.

I’m not big on his animations (nothing really screams “Garrosh” to me), but his abilities look really fun in any context. I feel like there’s going to be endless opportunities for flashy plays with his flip power, especially if he takes the flip ally talent. At that point he’ll be a formidable walking literal tank with some support abilities to boot.