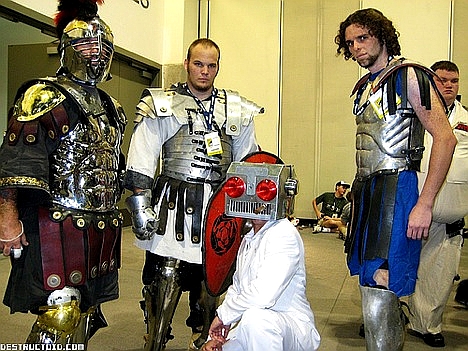 After Richard Garriott returned from outer space, he quit his job at NCSoft. In a letter addressed to the Tabula Rasa community, Garriott expressed that his “unforgettable experience” in space gave him the fuel to pursue new interests. One of those interests is apparently a medieval fantasy game. Surprise!

Garriott expressed this new and unanticipated desire with Wired:

After 25 years at Origin, the last thing I wanted to make was yet another medieval fantasy game. Now, after a very interesting break, I’m keen to get back into the fray and work on a new game. Probably medieval fantasy and probably online; there’s something very powerful about getting people together.

His plans seem a bit tentative, but we’re guessing that Richard Garriott can do whatever Richard Garriott wants. He’s like King Midas … minus that whole Tabula Rasa thing. Let’s hope that another trip to outer space doesn’t detour Garriott’s new vision.