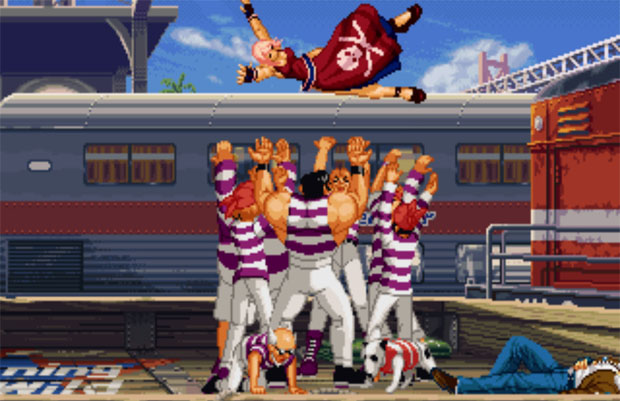 You might have known that Japanese Xbox 360 owners were getting a version of the 1999 SNK game Garou: Mark of the Wolves, but now an update from the ESRB webpage points to a US version coming soon.

We got our hopes up after we heard from a Microsoft Japan press conference that the game was coming to the Xbox 360 in Japan this year. Now, the Fatal Fury series fighting game was just rated Teen by the Entertainment Software Ratings Board. Many series fans will tell you that this is the pinnacle of the series, so it’s great news that this favorite has been rated and is probably being prepared for US release.

Of course, an ESRB rating isn’t a confirmation, but I think it’s good enough. And, since E3 is only weeks away, we expect to hear more about the title very soon.

SNK fans, how pumped are you?