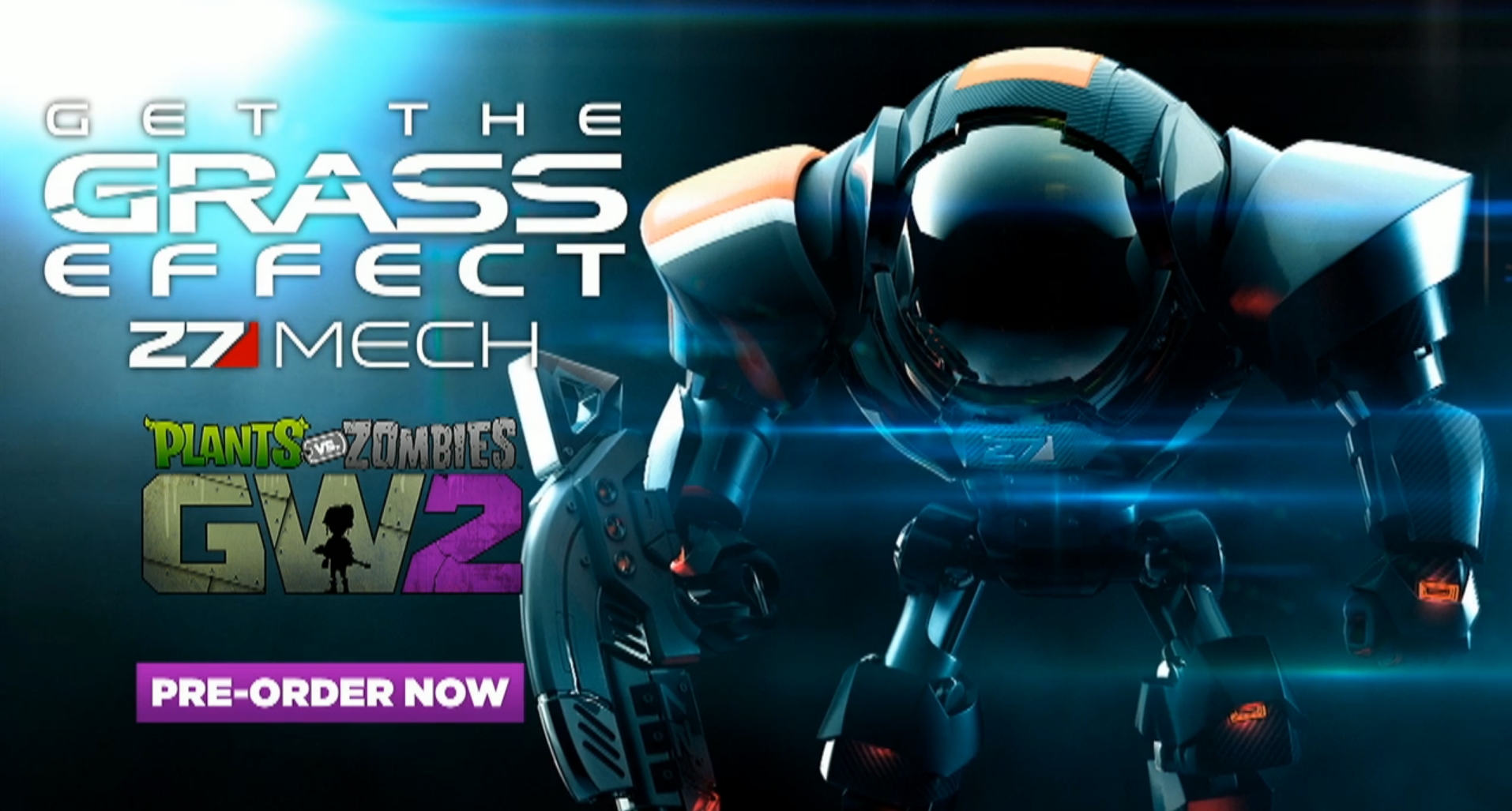 What even is this?

Sooooooo, we all know that Garden Warfare 2 is Plants Vs Zombies‘ attempt to parody big budget Call of Duty shooters, but apparently the game is also going to feature content inspired by the Mass Effect series.

If you pre-order Garden Warfare 2, you’ll apparently get a Grass Effect Z7 mech. Yep, you read that right, it’s as cheesy and weirdly awesome as it sounds.

So, are you excited to play as a zombie mech from space? I kind of want this just so I can groan at that pun. Garden Warfare 2 launches early 2016.

Filed under... #Electronic Arts#multiplayer#Plants vs Zombies