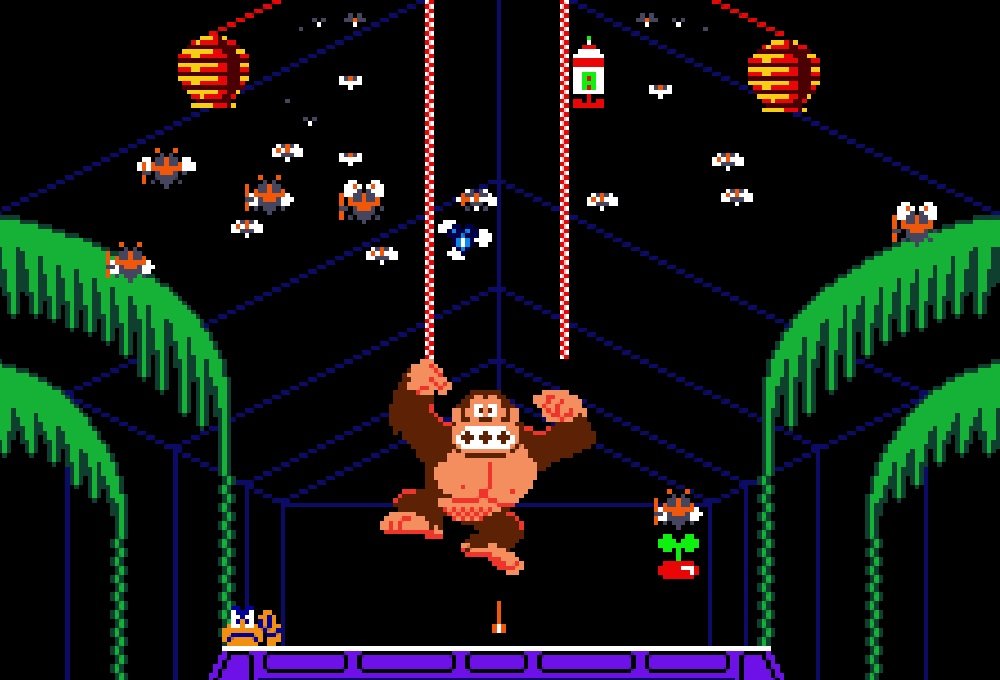 Hamster has dropped another ’80s title on the Nintendo Switch as part of their Arcade Archives range. This week they’re sticking with first party classics, with Nintendo’s own Donkey Kong 3.

Originally released in arcades and on the Famicom in 1983, before hitting the NES in 1986, Donkey Kong 3 is a far cry from its predecessors Donkey Kong and Donkey Kong Jr. Whereas the previous titles were platformers, DK 3 is more of a shmup, ala Space Invaders or Nintendo’s own 1980 release, Space Firebird.

With Mario/Jumpman nowhere to be seen, players control Stanley, a worker in a botanical garden, who must prevent an army of insects from destroying the lovely flora in his care. For some reason, Donkey Kong is also here. Don’t ask me, pal, I was three years old. Stanley must fend off the insects and the giant ape using his bug spray, with the stage complete once all the bugs are destroyed or Kong has been shooed away.

It’s actually a pretty fast-paced and fun game, even if its blending of the platformer and shmup genre doesn’t quite work out. If you want to check out this odd entry to the mad monkey’s franchise, then Donkey Kong 3 is available to download on Nintendo Switch now, priced at around $8.