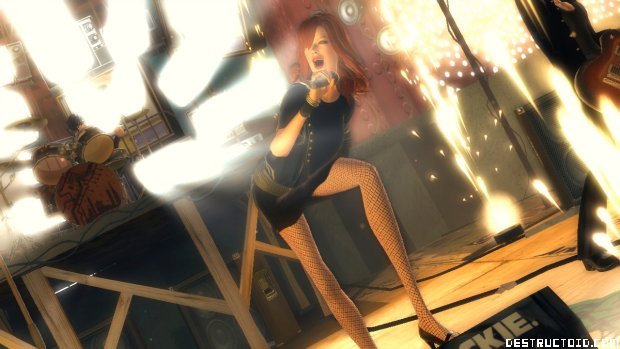 Shirley Manson is easily one of my rock chick idols. She’s pale as hell even though it’s trendier to be tan, she sports unapologetically red hair, and is unafraid to speak her mind. Oh, and she’s an all-around badass. Seems like a no-brainer that she’d show up in a videogame one of these days, and sure enough, its just been announced that she will be joining the cast of Guitar Hero 5 as a playable character. Whee!

Hit the jump to check out a video where Shirley talks about being invited to be in the game and the process of including her likeness. I haven’t picked up a Guitar Hero game in some time, but I have to admit this has significantly added to my interest in Guitar Hero 5. Playing as a rock goddess is high on my list of things I want in my music games!